Turkey will retaliate against any attack by 'murderer' Libya strongman: Defence Minister 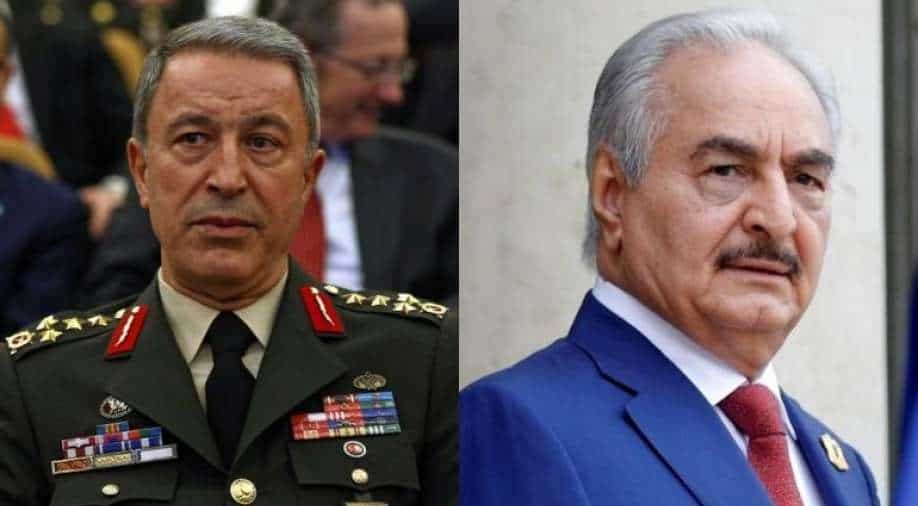 Turkey's defence minister's statement has come a few days after Haftar boasted about his plans and said his forces will 'prepare to drive out the occupier by faith, will and weapons'

Putting their foot down, Turkey's defence minister has said any attack by the eastern Libyan strongman will be met with force now.

Targeting the strongman Khalifa Haftar directly in an address to the Turkish troops, Hulusi Akar labelled Haftar as a murderer and issued a warning to him and his supporters. "A war criminal, murderer Haftar and his supporters must know that they will be seen as a legitimate target in case of any attack on Turkish forces," he said.

His statement has come a few days after Haftar boasted about his plans and said his forces will "prepare to drive out the occupier by faith, will and weapons". His comments were directed towards the Turkish forces that are supporting the Libyan Government of National Accord (GNA).

Haftar's statement was not appreciated by the Turkish government who have now warned him against his violent plans. "If they take such a step, they will be unable to find any place to flee to," Akar warned. "Everyone should come to their senses."

The exchange of statements has come as Turkey has been working with the GNA to stop the violent attacks by Haftar, the recent being a 14-month offensive against the capital by Haftar, who is backed by Russia, Egypt and United Arab Emirates.

This has also come a day after the local media reported that Akar made an unscheduled visit to Tripoli to discuss military cooperation between Ankara and the GNA. "What matters here is that everyone should contribute to a political solution. Any action other than that would be wrong," he said, adding there will be "no peace in the presence of a coloniser on our land."