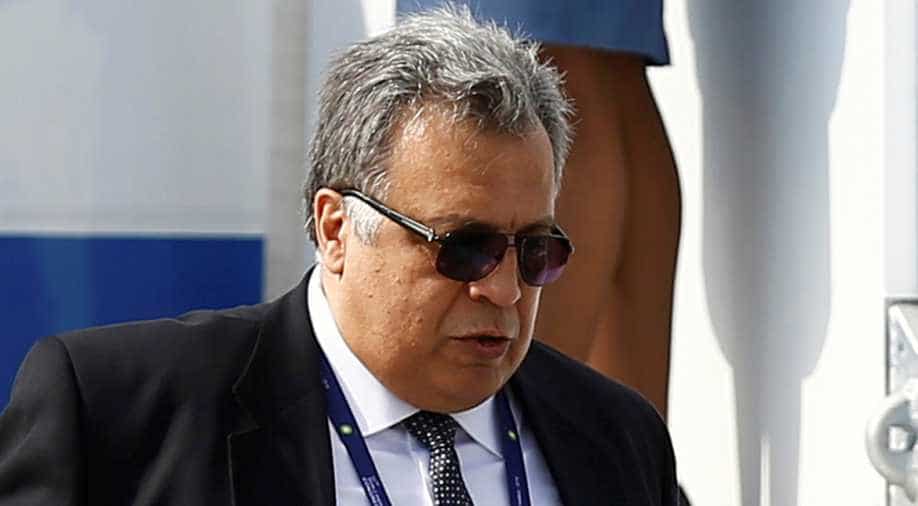 Russian Ambassador to Turkey Andrei Karlov was shot in the back and killed while giving a speech at an art gallery in Ankara. Photograph:( Reuters )

Andrei Karlov, 62, was shot dead by an off-duty Turkish policeman at a photo exhibition in Ankara on December 19, 2016.

Twenty eight suspects were due to go on trial Tuesday over the assassination of the Russian ambassador two years ago, including a US-based Muslim preacher blamed by Ankara for a failed coup the same year.

Andrei Karlov, 62, was shot dead by an off-duty Turkish policeman at a photo exhibition in Ankara on December 19, 2016, in a shock attack that was captured on camera by photographers attending the event.

The 22-year-old gunman, Mevlut Mert Altintas, shouted "Allahu Akbar" (God is greatest) and "Don't forget Aleppo", vowing that those responsible for events in Syria would be held accountable.

Altintas was killed shortly after by members of the Turkish special forces.

The Ankara prosecutor has charged 16 of the suspects with "premeditated murder with the intention of causing terror", according to the indictment. The other 12 were charged with "being a member of a terror organisation".

Thirteen are currently in pre-trial detention, while it is prosecuting others in absentia.

Those not in Turkey include Fethullah Gulen, a US-based Islamic preacher seen as an arch foe of President Recep Tayyip Erdogan and who Ankara blames for the July 2016 coup attempt.

Gulen has denied links to both the failed coup and the murder.

Turkish officials have alleged that Gulen's movement organised the murder of Karlov, a married father-of-one, to sow "chaos".

Turkey refers to the organisation as the "Fetullah Terrorist Organisation" (FETO) but followers say it is peaceful, promoting secular education.

Another of the suspects named is Serif Ali Tekalan, who headed a university linked to Gulen in Istanbul and now heads the Texas-based North American University (NAU).

The prosecutor is seeking a variety of penalties for the suspects, including aggravated life sentences, which have replaced the death penalty in Turkey and carry harsher conditions than normal life imprisonment convictions.

The indictment says the Gulen movement plotted the murder of Karlov, who had been appointed as ambassador in 2013, to "break off bilateral relations" between Turkey and Russia and bring them to the brink of "hot war".

The Kremlin had previously warned against rushing to any assumptions.

Although Moscow does not repeat the Gulen claims, Selim Koru, a Black Sea Fellow at the Foreign Policy Research Institute think tank noted in a report late last year that Russia sent investigators and "if they had different findings, they didn't say".

Turkey and Russia had a dramatic falling out in November 2015 after a Turkish fighter jet shot down a Russian warplane along the Syrian border.

But by the summer of 2016 relations had improved, with Russian President Vladimir Putin and Erdogan keen to show they are working together to find a solution to the Syrian conflict despite being on opposing sides of the war.

Tens of thousands of people have been arrested over alleged links to Gulen since 2016 in a crackdown criticised by human rights groups and Ankara's Western allies.