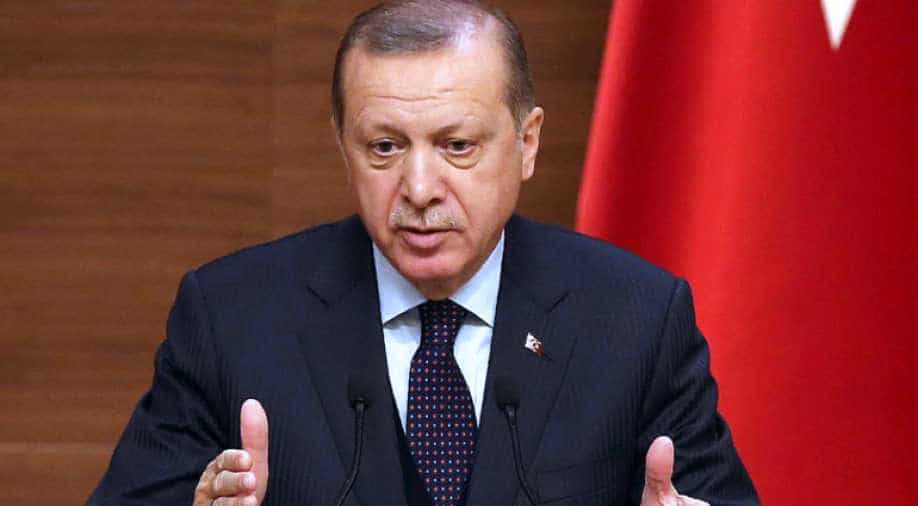 If Turkish voters end up approving the constitutional changes, April 16 "would be a breaking point" in EU-Turkey relations, Erdogan said, adding: "Turkey is no one's whipping boy."? Photograph:( AFP )

Erdogan has criticised social media and said a rise of 'immoral acts' online was due to a lack of regulation.

Turkey adopted a new social media law on Wednesday that critics say will create a "chilling effect" on dissenting voices who have resorted to Twitter and other online platforms as the government tightened its grip on mainstream media.

The law was backed by President Tayyip Erdogan's AK Party and its nationalist allies to make foreign social media sites more accountable. It requires them to appoint a local representative to address authorities' concerns.

The law would allow Turkish authorities to remove content from platforms rather than blocking access as they have done in the past.

Turkey is an authoritarian regime in which checks and balances of the parliamentary system have been replaced by a centralised presidential rule. While traditional media is highly censored, now there is no freedom of speech on the internet either.

Companies including Facebook and YouTube that do not comply could have their bandwidth slashed by up to 90 per cent, essentially blocking access, and face other penalties.

They must also store local users' information in Turkey, raising concerns that a state that critics say has grown more authoritarian under Erdogan will gain easy access.

An estimated 90 per cent of major media in Turkey comes under the ownership of the state or is close to the government.

Turks are already heavily policed on social media and the new regulations, especially if user data is vulnerable, will have a "chilling effect", said Yaman Akdeniz, cyber rights expert and professor at Istanbul Bilgi University.

"This will lead to identifying dissenters, finding who is behind parody accounts, and more people being tried or people will stop using these platforms when they realise this," he said. "People in Turkey are already afraid to speak out."

Erdogan has criticised social media and said a rise of "immoral acts" online was due to a lack of regulation. His AK Party says the law will not lead to censorship and that it aims to protect personal rights and data.

"Maybe you can silence us and opponents, but you cannot silence the youth," he told parliament before the law passed at around 7 a.m. after an overnight debate.

Turkey was second globally in Twitter-related court orders in the first six months of 2019, according to the company, and it had the highest number of other legal demands from Twitter.

Akdeniz said social media companies would need to comply with every request from authorities including accessing user data and content removal that they currently do not accept. Turkey recently arrested hundreds of its citizens for their social media posts about the Wuhan virus pandemic.

The country already leads the world when it comes to sending removal requests to Twitter. In the first half of 2019 alone, it had sent over 6000 requests. 408,000 websites are already blocked in the country as well.

Turkey is slipping into a conservative, less-tolerant future and it is a shame given the country was once pitted as a model for neighbouring states.

As a woman was raped, train riders failed to intervene, police say