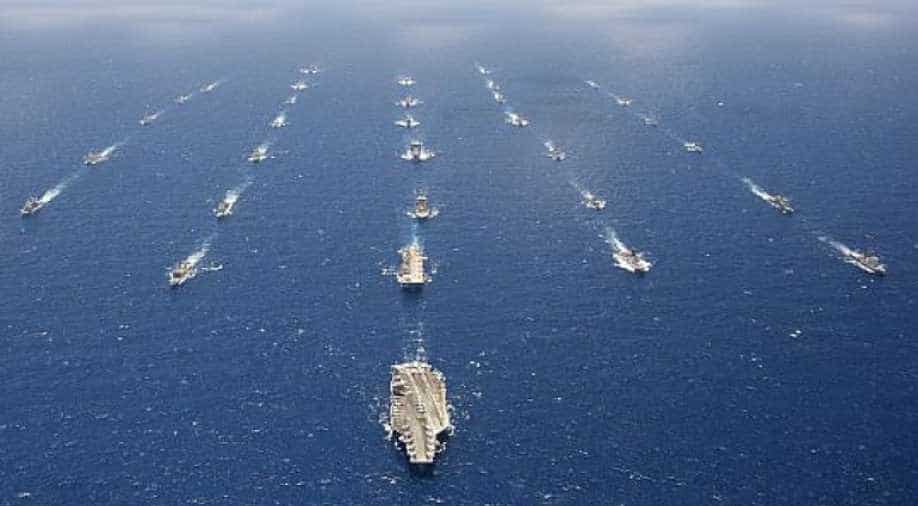 Turkey and Greece announced rival military exercises in the eastern Mediterranean for Tuesday as Germany prepared to take another crack at defusing the NATO allies' escalating row over natural gas.

Tensions ratched up another notch when Turkey sent the Oruc Reis research vessel accompanied by warships to disputed waters on August 10.

Greece said Monday that it will conduct a navy and air force exercise in an area of the eastern Mediterranean where Turkey is prospecting for oil and gas in an area as the neighboring countries remain locked in a dispute over offshore energy rights.

The country and its European Union ally France, both dispatched their own naval assets to the area to monitor Turkey's work.

Also read: Why Greece, Turkey are fighting over hydrocarbons in Mediterranean Sea

EU foreign ministers convened an emergency videoconference on the emerging crisis when a Turkish frigate collided with a Greek one in disputed circumstances days into the Oruc Reis mission.

Germany has taken the lead in trying to calm a dispute that threatens to complicate EU nations' efforts to tap new sources of energy that can reduce their dependence on countries such as Russia.

Its foreign minister, Heiko Maas, will visit Athens and Ankara on Tuesday to try to put talks between the two rivals back on track.

But the difficulties became even more apparent when Athens and Ankara announced plans to stage sea exercises in the same region south of Crete on Tuesday.

The Greek exercises appeared to have been announced in response to Turkey's decision to extend the Oruc Reis mission by an extra four days to Thursday.

Turkey's defence ministry responded by planning its own "maritime trainings... to promote coordination and interoperability" south of Crete at the same time.

Turkish President Recep Tayyip Erdogan said he might decide to keep the Oruc Reis out at sea even longer and accused Greece of behaving "in an unauthorised and spoilt manner".

The Turkish government disputes Greece's claim to exclusive rights in the waters where the research vessel is working, arguing that islands should not be included in calculating sea boundaries between countries.