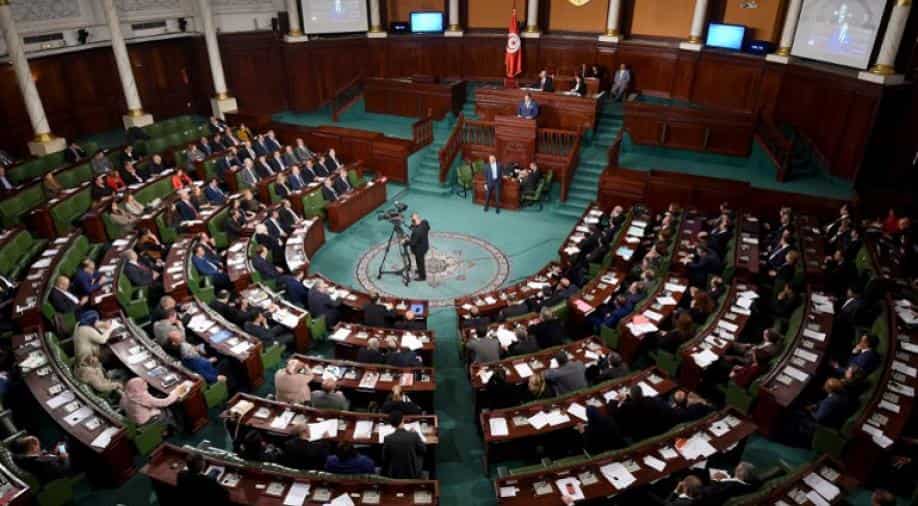 The president's shock move, including a 30-day suspension of parliament, has plunged Tunisia into political turmoil

The president's shock move, including a 30-day suspension of parliament, has plunged Tunisia into political turmoil.

"It is a military coup," independent MP Yassine Ayari said on Facebook after the president last Sunday suspended parliament and sacked the premier.

Ayari, 30, is a vocal critic of authorities who has had many run-ins with the law in past years.

He was sentenced to six months in prison in 2015 for defaming the army and was handed a three-month jail sentence in 2018 for criticising the military.

His party, Hope and Labour, said he was arrested by members of the president's security team who did not provide any arrest warrant.

Ayari's wife said on Facebook that his detention was "violent".

There was no immediate confirmation from the president's office or prosecutors on the arrest.

His opponents accuse him of having staged a "coup", but Saied has said his actions are justified under the constitution which allows the head of state to take unspecified exceptional measures in the event of an "imminent threat".

In a Facebook post, Ayari said the president's actions represented "a reversal of the constitution... with the use of the army".

Saied has also declared a crackdown on corruption, accusing 460 businessmen of embezzlement.

On top of the political turmoil, the North African nation is beset by a crippling economic crisis including soaring inflation and high unemployment, as well as surging COVID-19 infections.