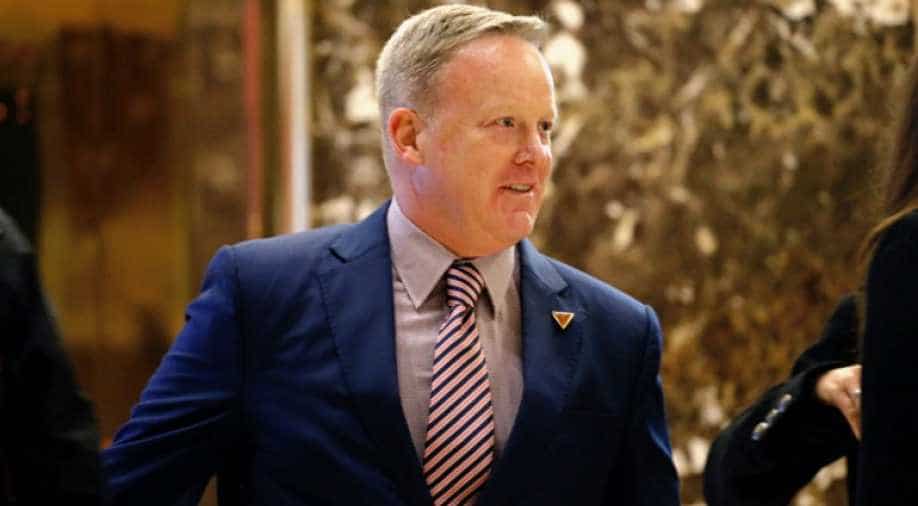 Acosta later tweeted that Spicer threatened to have him thrown out of the news conference if he asked another question. Photograph:( AFP )

Jim Acosta, a senior White House correspondent for CNN, attempted to ask the president-elect a question at his New York press conference on Wednesday. First, Trump refused to answer. "I am not going to give you a question. You are fake news,” he said.

Trump blasted CNN after it reported the fact that both President Obama and President-elect Trump were briefed by US intelligence about allegations that Russian operatives claimed to have "compromising" personal and financial information on Trump. Trump himself talked about being briefed on this report, so its existence is undisputed.

Trump slammed the CNN report by conflating it with the BuzzFeed report, two completely different pieces of journalism.

CNN didn't disclose anything risque about the nature of this personal information.They have responded to Trump's criticism, saying the stand behind their original reporting.

After Trump dismissed Costa, he took a question from someone at Breitbart, a website that is staunchly pro-Trump and pro-white nationalism. A founding member of Breitbart, Steve Bannon, is now Trump's chief strategist.

Watch the exchange between Trump and Costa, published on Raw Story. The people heard applauding Trump in this video as he criticises CNN as "Fake news" are paid Trump staffers, Raw Story reports.

Acosta wouldn't have raised his voice or repeated his question if Trump answered it the first time.

Regardless of party, @acosta behavior was rude, inappropriate and disrespectful. He owes @realDonaldTrump and his colleagues an apology https://t.co/LnTkYam8IJ

After the exchange between Trump and Acosta, Spicer repeated Trump's demand that Acosta apologize for asking a question. Acosta pushed back, saying Spicer threatened to have him thrown out of the news conference if he asked another question.

An unfortunate statement. Sean you know that you threatened to throw me out of that news conference if I asked another question. #realnews https://t.co/T4dYXZbomd

Then Spicer denied that he ever threatened to remove Costa from future press conferences.

Not true, but par for the course in terms of the false reporting https://t.co/usHTCZ38LI