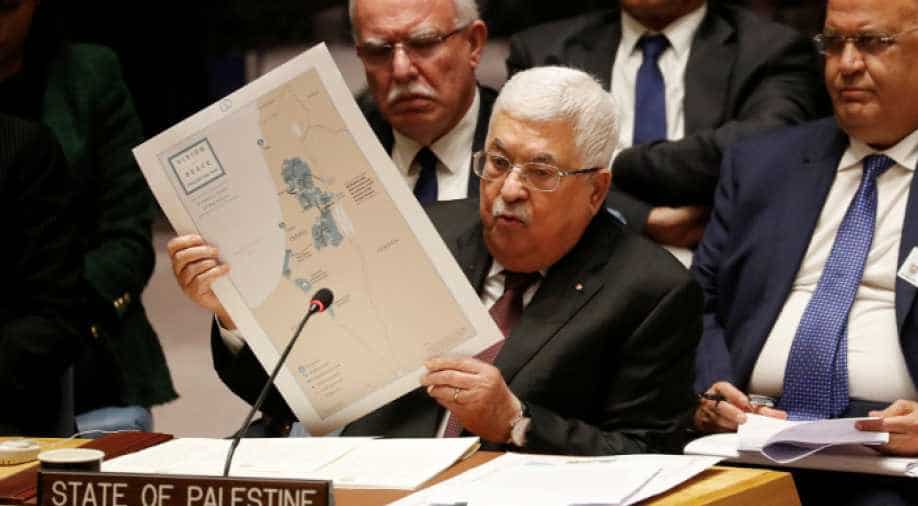 Also Read: We will 'cut all ties' with Israel, US, says Palestinian President Abbas

The Palestinian president waving a copy of the proposed map of Palestine compared the carved out state to fragmented Swiss cheese.

"This plan will not bring peace or stability to the region. and therefore, we will not accept this plan. We will confront its application on the ground. This is the summary of the project that was presented to us. This is the state that they will give us. It's like a Swiss cheese really."

Abbas outrightly rejected the idea of the United States being a sole mediator. Across Palestine, people took out rallies against Trump's plan. In al-bireh, protesters burned tyres and hurled stones at Israeli troops. The troops responded by firing tear gas at the gathering.

Abbas urged the United States to disavow the plan and base it on the UN resolution. "The US cannot be the sole mediator," he said.

"Who among you would accept such a state?" he asked, while adding, "I would like to say to Mr Donald Trump that his plan cannot achieve peace and security as it cancels international legitimacy."

"If you impose peace it will not last, it cannot last," he said, adding, "This deal is not an international partnership. This proposal was from one state, supported by another state to be imposed."

However, Prime Minister Benjamin Netanyahu directly confronted president abbas saying it is not Swiss cheese, but the best possible plan for the Middle East.

'This is Swiss cheese, so I want to tell Abu Mazen: this is not Swiss cheese. This is the best plan that exists for the Middle East and for the state of Israel and for the Palestinians, too. The best plan there can be because it recognises reality and the rights of the people of Israel, both of which you constantly refuse to recognise. That is the plan."