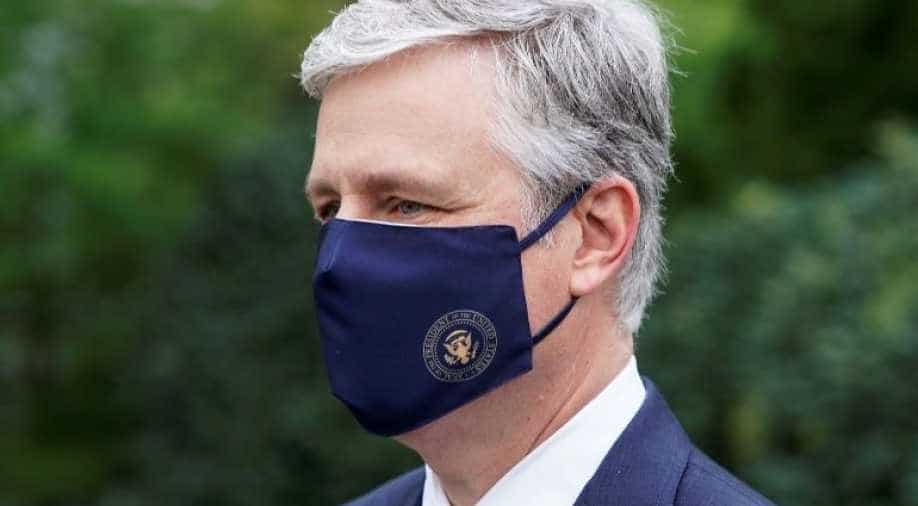 He was quick to clear that his attack and blame was on Chinese Communist Policy and not on the locals of China.

"The days of American passivity and naivety regarding the People's Republic of China are over," O'Brien told a group business leaders in Phoenix.

"America, under President Trump's leadership, has finally awoken to the threat of the Chinese Communist Party's actions and the threat they pose to our great way of life."

He said in his speech that the Trump administration will act to check the spread of Beijing's ideology.

Also read: Trump to send troops from Germany to Poland to send signal to Russia

The speech comes as China has shot back on Trump administrative's efforts to negotiate a three-way nuclear weapons treaty with Russia, and a support in getting North Korea to give up its nuclear weapons.

Robert raised the issue of alleged data theft by China saying that the US welcomed China into World Trade Organization in 2001, and trained Chinese engineers and scholars to promote the friendly ties and help the country, but was betrayed by China.

"As China grew richer and stronger, we believed that the Chinese Communist Party would liberalise to meet the rising democratic aspirations of its people," O'Brien said.

"This was a bold, quintessentially American idea. It was born of our innate optimism and by the experience of our triumph over Soviet communism. Unfortunately, it also turned out to be very naive."

However, he was quick to clear that his attack and blame was on Chinese Communist Policy and not on the locals of China.

He also cited China's cybersecurity activities that he said collect personal data on millions of Americans. In addition to this, he offered to publish a list of Chinese companies that not only repress its own citizens, but also negatively  influences Americans.

He said the administration is working to prevent certain companies such as the tech giant Huawei that are closely tied to the Chinese Communist Party's intelligence and security apparatus from accessing US data.