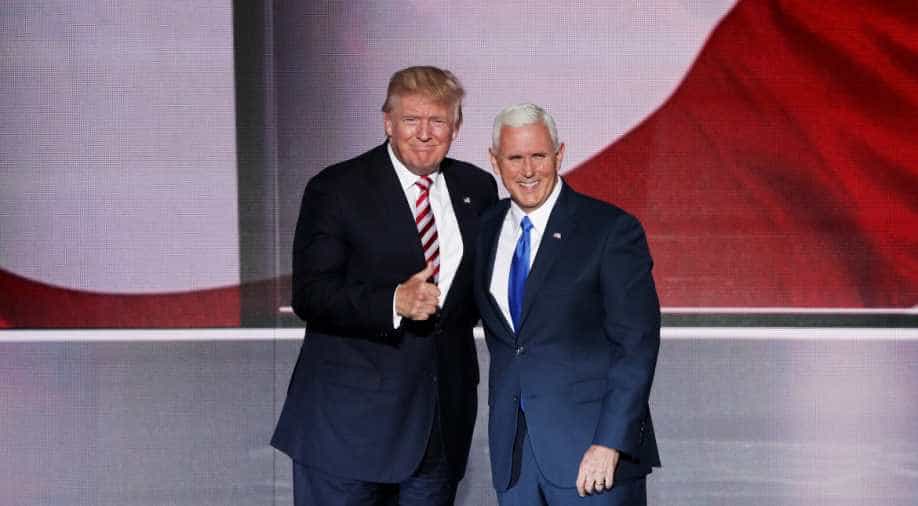 Fresh concerns about conflict of interest arose following a Trump meeting with Indian real estate executives who are partners in a project to build a Trump-branded luxury apartment complex in Mumbai. Photograph:( Getty )

US President-elect Donald Trump will work to ensure there is "proper separation" between his business empire and his job as president of the United States, vice president-elect Mike Pence said on Sunday, amid fresh concerns about conflict of interest following a meeting with Indian real estate executives.

Trump, who has said he planned to turn over handling of the Trump Organization to his adult children, has come under criticism for the meeting on Tuesday with three Indian businessmen who are partners in a project to build a Trump-branded luxury apartment complex in Mumbai.

Pence said on the CBS program "Face the Nation" that Trump and his family would "work with the best legal minds in this country and create the proper separation from their business enterprise during his duties as president of the United States."

A photo of the three executives meeting with Trump was posted on Twitter. Indian newspapers reported last week that the business leaders talked with the Trump Organization about expanding the Trump branded projects in India.

Incoming White House chief of staff Reince Priebus, speaking on CNN's "State of the Union" program, said Trump would comply with all laws and have the White House counsel's office "review all of these things."

"And we will have every 'I' dotted and every 'T' crossed, and I can assure the American people that there wouldn't be any wrongdoing or any sort of undue influence over any decision-making," Priebus said.

Trump, who takes office on January 20, has said his businesses will be overseen by his three grown children, Donald Trump Jr, Ivanka Trump and Eric Trump.

Priebus was asked if it was appropriate for family members to sit in on official meetings after Ivanka Trump attended her father's meeting with Japanese Prime Minister Shinzo Abe on Thursday.

"Donald Trump has been very clear from the very beginning that his family is very important to him," Priebus said on CNN.