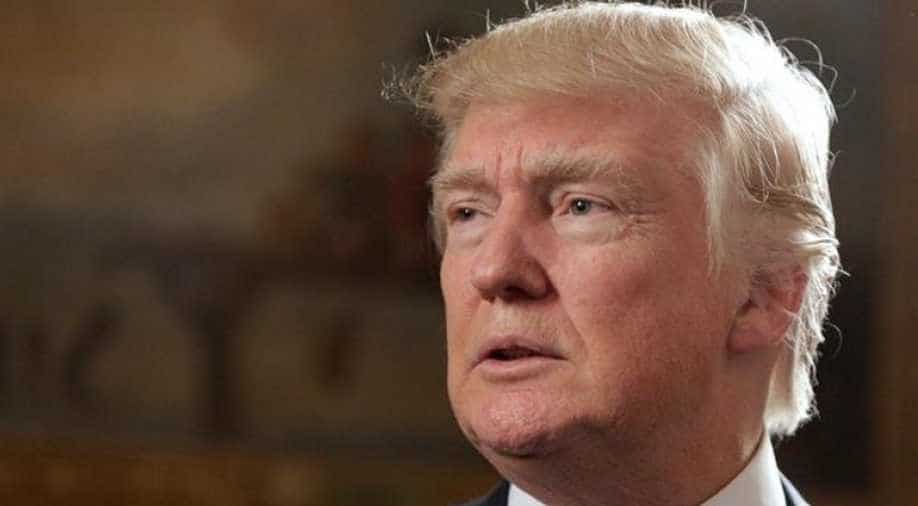 The rule, which affects American non-governmental organisations working abroad, is one that incoming presidents have used to signal their positions on abortion rights. It was created under U.S. President Ronald Reagan in 1984. Photograph:( Reuters )

US President Donald Trump on Monday reinstated a global gag rule that bans US-funded groups around the world from discussing abortion, a move that was widely expected, but nonetheless dismayed women's rights advocates.

The rule, which affects both American and non-American non-governmental organisations working abroad, is one that incoming presidents have used to signal their positions on abortion rights. It was created under US President Ronald Reagan in 1984.

The global gag rule has been associated with an increase in unsafe abortions and we expect that Trump's global gag rule will cost women their lives,' said Serra Sippel, president of the Centre for Health and Gender Equity in Washington

Trump, an abortion opponent, signed the reinstatement directive at a ceremony in the White House on his fourth day in office. Former President Barack Obama had lifted the gag rule in 2009 when he took office.

"Women's health and rights are now one of the first casualties of the Trump administration," said Serra Sippel, president of the Centre for Health and Gender Equity in Washington. "The global gag rule has been associated with an increase in unsafe abortions and we expect that Trump's global gag rule will cost women their lives," she said.

If you're wondering what patriarchy looks like: A group of white men watch as Trump reinstates the #GlobalGagRule pic.twitter.com/ZV1OX41ziF

Reinstatement of the gag rule, formally the Mexico City policy, comes just two days after, according to organisers' unofficial estimations, five million people marched in cities around the world in a show of unity for women's rights, among them abortion access.

The far-reaching gag rule affects groups getting funding from the US Agency for International Development (USAID), even if they use separate money for abortion services, counseling or referrals, advocates note.

"It is appalling to dictate to civil society groups and health care providers how they can spend their own money and force them to withhold from women critical information about and access to the full range of reproductive health care," said Nancy Northup, president of the US-based Center for Reproductive Rights.

The policy puts groups that provide women's health care in an "untenable position", said Brian Dixon of Population Connection Action Fund. They can either accept the restriction to keep their funding or they can reject the restriction and lose their funding, Dixon said. "Either choice hurts the women that rely on them."

"Life-saving global health funding should not be a political football," said Ann Starrs, head of the Guttmacher Institute, a leading reproductive rights group.

There is no evidence the rule reduces abortion, she said. "In fact, by targeting funding for overseas family planning programs, it may well have the opposite effect by making it harder for many women to avoid unintended pregnancy, which in turn would increase recourse to unsafe procedures by women who cannot access safe abortioncare," she said.