Trump plans to ban TikTok, may force Chinese owner to sell it 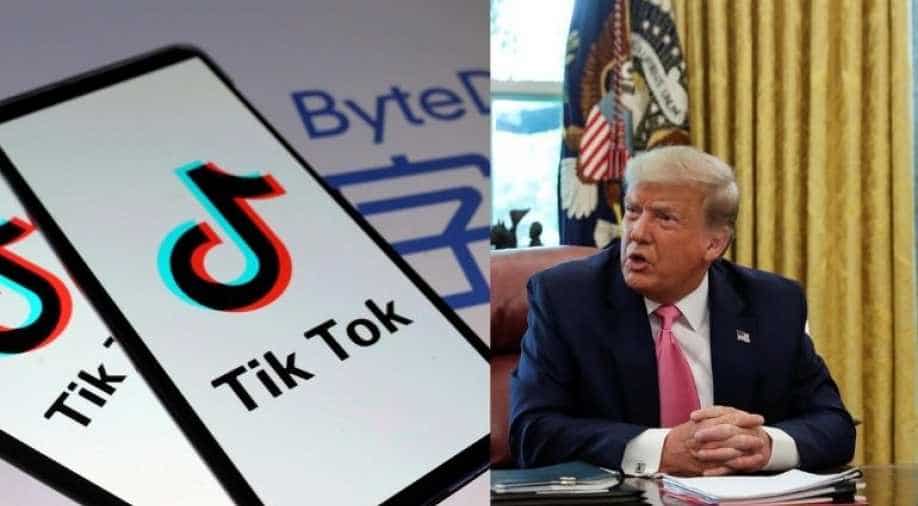 Additionally, some local media reports have claimed that Trump was trying for TikTok to be divested from its Chinese parent firm on national security grounds. Two of the top-selling newspapers have claimed that Donald Trump wanted to order the sale of TikTok's US operations by China-based ByteDance, citing sharing of data with Chinese intelligence as the reason.

Reports have also claimed that Microsoft is in talks to acquire the famous video-sharing app.

However, no confirmation has been provided by Microsoft or TikTok.

Trump's announcement followed frantic negotiations on Friday between the White House, ByteDance and potential buyers of TikTok, including Microsoft Corp. They failed to produce a deal that would result in the Chinese company shedding the app's US operations, according to people familiar with the matter. The talks are expected to continue in the coming days.

Meanwhile, TikTok has refused to comment on the reports being circulated. "We are confident in the long-term success of TikTok. Hundreds of millions of people come to TikTok for entertainment and connection, including our community of creators and artists who are building livelihoods from the platform," TikTok told AFP.

This week, TikTok CEO Kevin Mayer took to social media to express TikTok's commitment to transparency. "We are not political, we do not accept political advertising and have no agenda -- our only objective is to remain a vibrant, dynamic platform for everyone to enjoy," he said.

"TikTok has become the latest target, but we are not the enemy."

As relations between the United States and China deteriorate over trade, Hong Kong’s autonomy, cyber security and the spread of the novel coronavirus, TikTok has emerged as a flashpoint in the dispute between the world’s two largest economies.

The United States has been increasingly scrutinizing app developers over the personal data they handle, especially if some of it involves U.S. military or intelligence personnel. Ordering the divestment of TikTok would not be the first time the White House has taken action over such concerns.

In 2018, CFIUS forced China`s Ant Financial to scrap plans to buy MoneyGram International Inc over concerns about the safety of data that could identify U.S. citizens.