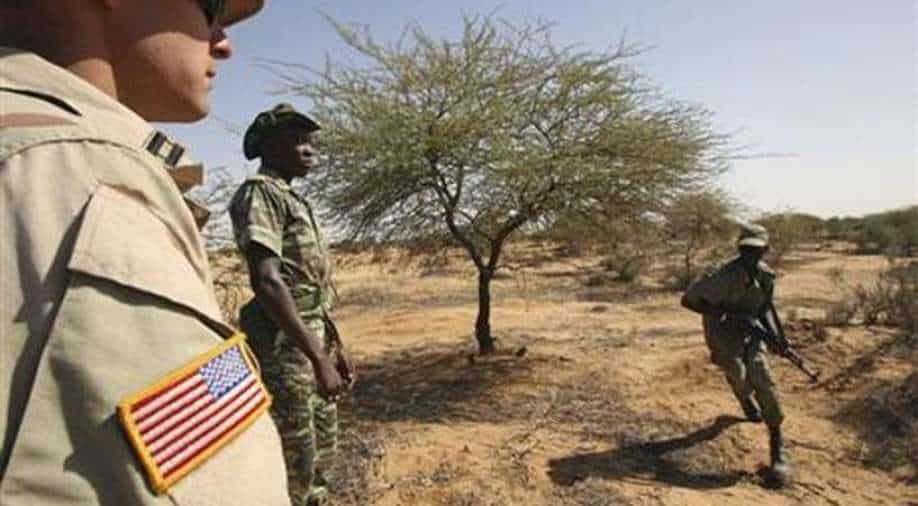 US troops in Somalia Photograph:( Reuters )

Trump's order follows the November 17 announcement that he will withdraw thousands more US troops from Afghanistan and Iraq by January 15, 2021.

The Pentagon has ordered the majority of US troops to leave Somalia on President Donald Trump's orders.

There are currently about 700 troops in the nation.

This move is in continuation with the post-election push by Trump to shrink US involvement in counterterrorism missions abroad. Trump's order follows the November 17 announcement that he will withdraw thousands more US troops from Afghanistan and Iraq by January 15, 2021.

On Friday evening, the Pentagon said in a short statement that "a majority" of US troops and assets in Somalia will be withdrawn in early 2021. It added the drawdown in Somalia does not mark the end of US counterterrorism efforts there.

"As a result of this decision, some forces may be reassigned outside of East Africa. The remaining forces will be repositioned from Somalia into neighbouring countries in order to allow cross-border operations by both US and partner forces to maintain pressure against violent extremist organisations operating in Somalia," it further said.

The US military also carries out airstrikes against Al-Shabaab and the local ISIS affiliate in the country, killing a top Al-Shabaab leader in a targetted strike in September.