Trump lashes out at Biden administration over US migration crisis 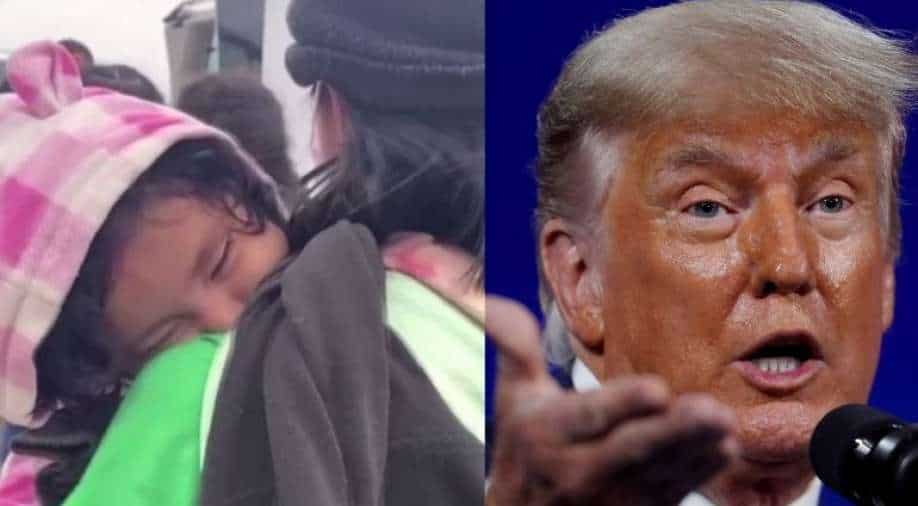 Mayorkas had earlier blamed the Trump administration for the crisis, insisting that "the entire system... was dismantled in its entirety by the prior administration" and had to be rebuilt.

As the US said the "the border is closed", former US president Donald Trump criticised the government's policies asserting that in a "span of a just few weeks, the Biden administration has turned a national triumph into a national disaster."

Trump lashed out at Homeland Security Secretary Alejandro Mayorkas, saying: "Even someone of Mayorkas’ limited abilities should understand that if you provide catch-and-release to the world’s illegal aliens then the whole world will come."

"The only way to end the Biden border crisis is for them to admit their total failure and adopt the profoundly effective, proven Trump policies," the ex-US president said.

Mayorkas had earlier blamed the Trump administration for the crisis, insisting that "the entire system... was dismantled in its entirety by the prior administration" and had to be rebuilt.

According to reports, over 10,000 unaccompanied children are now in the care of the US department of health and human services. Mayorkas in a hearing had told the House Homeland Security Committee that "the situation is undoubtedly difficult".

Mayorkas had told the committee that the Biden administration will "not waiver" in its commitment to succeed as he informed the members that migrant spikes were not new, having also occurred in 2019 and 2014.

However, Republicans attacked the Biden administration as Congressman Michael McCaul told Mayorkas that, "Cartels and traffickers see that the green light is on at our southern border, and the United States is open for business."

As he took office in January, Biden had done away with several of Trump's immigration policies including halting new border wall construction and proposing legislation to create citizenship for undocumented people in the US.