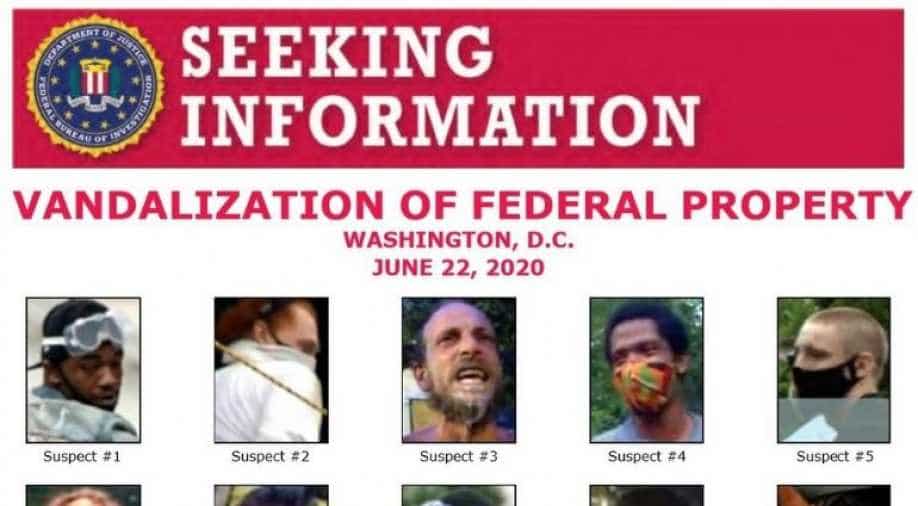 On Friday, Donald Trump tweeted calling for arrest of protestors involved in this week's attempt to pull down the statue of Andrew Jackson from a park directly in front of the White House.

Donald Trump does not like toppling of the statues of racists and he has made it clear in the past too, in his speeches and tweets.

This time, the President of the United States has gone to the limit of creating a 'wanted' poster for the people who even attempted to topple the statues.

On Friday, Donald Trump tweeted calling for arrest of protestors involved in this week's attempt to pull down the statue of Andrew Jackson from a park directly in front of the White House.

MANY people in custody, with many others being sought for Vandalization of Federal Property in Lafayette Park. 10 year prison sentences! @FBIWFO pic.twitter.com/mrLyxbWNvq

The President also announced that he has cancelled his plans of spending the weekend at his New Jersey home to make sure that law and order is maintained.

I was going to go to Bedminster, New Jersey, this weekend, but wanted to stay in Washington, D.C. to make sure LAW & ORDER is enforced. The arsonists, anarchists, looters, and agitators have been largely stopped...

"I am doing what is necessary to keep our communities safe — and these people will be brought to Justice!," he further tweeted.

The tweet came out after last week a group of people tried to remove the statue from Lafayette Park, a park which lies opposite to the White House, and was opened to the public after a series of Black Lives Matter protests.

This incident happened after the crowd pulled down Albert Pike's statue on June 19, aka Juneteenth, which greatly upset the President, who called it a "disgrace to the country".

"I have authorized the Federal Government to arrest anyone who vandalizes or destroys any monument, statue or other such Federal property in the U.S. With up to 10 years in prison, per the Veteran's Memorial Preservation Act, or such other laws that may be pertinent.....," he had tweeted on Tuesday.