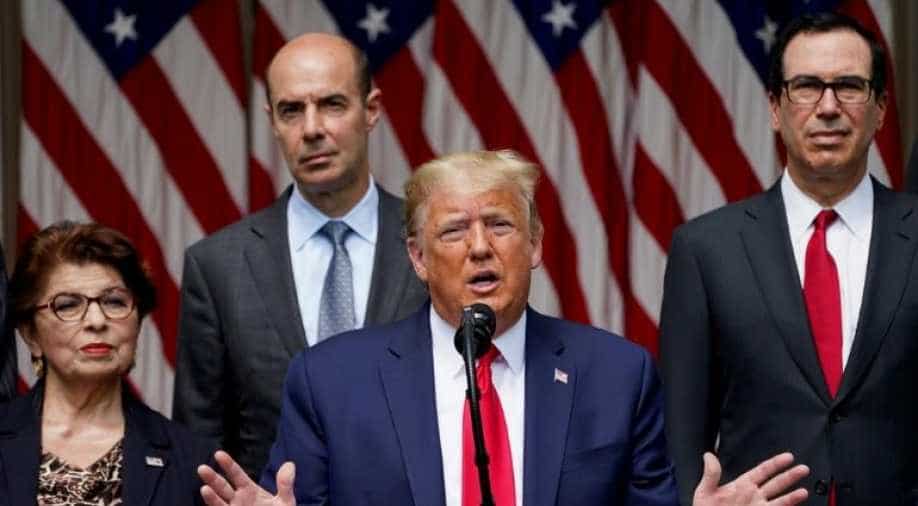 The decision comes a day after Trump signed an executive order directing agencies to look for ways to override environmental laws to push big structural projects like highways and pipelines to completion.

In another move, US President Donald Trump has taken a decision that is not being lauded by the experts, only this time it is the endangered species who will bear the consequences.

In a roundtable conference with fishing industry representatives and Maine officials, Trump announced reopening of commercial fishing at the Northeast Canyons.

The Northeast Canyons is a marine conservation area off the New England coast. The new order by Trump to allow commercial fishing in this area has not garnered positive remarks by the experts, as they believe that commercial fishing in the area will be a critical threat for endangered right whales and other fragile marine life.

"We are reopening the Northeast Canyons to commercial fishing," Trump told the attendees of the roundtable meeting. "We're opening it today."

The Northeast Canyons and Seamounts Marine National Monument was created by former President Barack Obama in September 2016. It was US's first national marine monument in the Atlantic Ocean, and one of just five marine monuments nationwide.

The conservation area comprises 5,000 square miles (8,000 square kilometers) east of Cape Cod, which contains vulnerable species of marine, such as fragile deep sea corals and endangered right whales, which number only about 400.

Have a look| World Environment Day: From Amazon to India, nature has suffered enough in one year

Trump, once again, went against Obama's decision and called it unfair for the to Maine lobstermen. "We want conservation and good environmental practices - that's very important - but we also want something that's fair to you," he said.

Experts believe Trump's decision will threaten the end for right whales and other endangered marine animals.

Janet Mills, Maine's Democratic governor, dismissed the president's actions, saying it's "not going to help the vast majority of Maine fishermen feed their families. It will not support an industry that is struggling under the massive weight of an unprecedented pandemic and misguided federal policies."

This decision has come a day after the President made it clear that structural development is more important than public health by signing an executive order directing agencies to look for ways to override environmental laws to push big structural projects like highways and pipelines to completion.

Environment activists and experts have vowed a retaliation against the decisions being taken by Trump that pose a threat to the environment and animals.