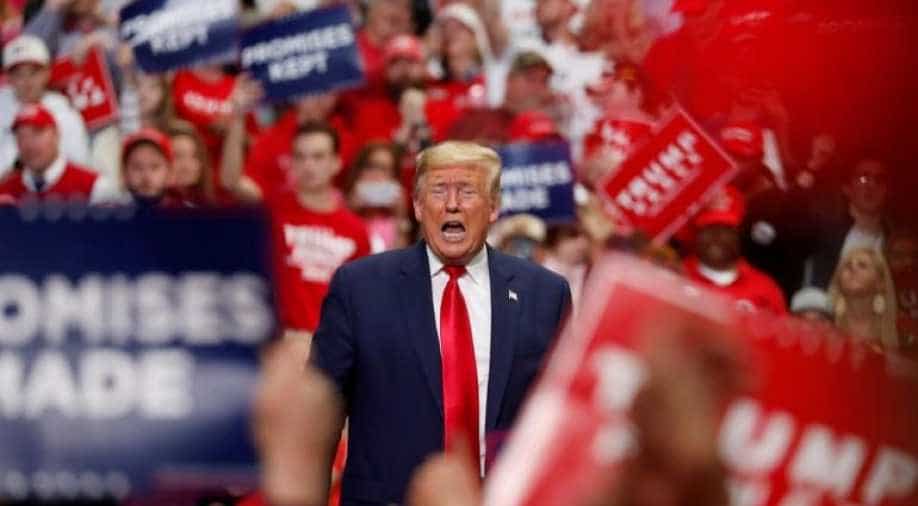 Former Vice President Biden and the Democratic National Committee (DNC) raised $80.8 million in May, their largest single month of fundraising.

Trump's fundraising, up from $61.7 million in April, comes as the president is set to hold his first major campaign event since the coronavirus pandemic shut down most campaigning with a rally in Tulsa, Oklahoma, on Saturday.

Former Vice President Biden and the Democratic National Committee (DNC) raised $80.8 million in May, their largest single month of fundraising.

The Trump campaign and the RNC hold a massive cash advantage over Biden ahead of the Nov. 3 election, however, amassing a total of $817 million in three years of fundraising, according to a statement.

The Trump campaign and RNC's joint fundraising committees had $265 million in cash on hand, and recently hired 300 new staff in "target states," it said.

Trump's fundraising has regularly outstripped Biden's presidential campaign, which was only launched in April last year and fought a competitive Democratic primary campaign.

But since becoming the Democratic Party's presumptive nominee in April, Biden has built a lead over Trump in national opinion polls, amid the twin crises of the coronavirus pandemic and civil unrest over police brutality in many U.S. cities.

Biden announced his first major advertising blitz on this week, launching $15 million in TV and digital ads in the crucial states of Pennsylvania, Michigan, Wisconsin, Arizona, Florida and North Carolina, all states Trump won in 2016.