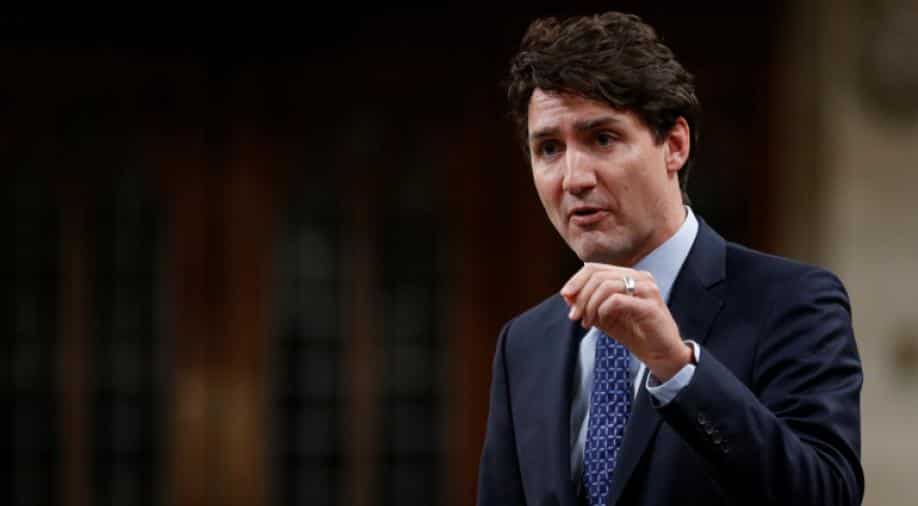 Canadian Prime Minister Justin Trudeau on Saturday said he had sought and accepted the resignation of Ottawa's ambassador to China, days after the diplomat sparked controversy with criticism of the US extradition request for a top Huawei executive.

"Last night I asked for and accepted John McCallum's resignation as Canada's Ambassador to China," Trudeau said in a statement that did not explain why the decision had been taken.

McCallum has been making headlines in recent days over comments regarding Meng Wanzhou, Chinese giant Huawei's chief financial officer who was arrested in Vancouver on December 1 and is facing extradition to the United States.

Accused of fraud linked to violations of American sanctions on Iran, she is out on bail, but her arrest has sparked an escalating diplomatic crisis between Ottawa and Beijing.

McCallum briefed lawmakers Tuesday on the plight of two Canadians detained in China and a third placed on death row in what are widely seen as retaliatory moves by Beijing.

After the briefing he told Chinese-language media in Markham, Ontario that he believed the US extradition request was seriously flawed.

He cited political comments on the case by US President Donald Trump, the "extraterritorial aspect" of Meng's case and the fact that Canada did not sign on to the Iran sanctions that Washington wants her extradited for.

McCallum's remarks were immediately panned by opposition parties and others for seeming to undercut the strict hands-off approach to judicial matters touted by the Canadian government.

The following day he issued a statement saying that he "misspoke," and "regrets" that his comments "have created confusion."

But on Friday, McCallum told The Vancouver Star that it would be "great for Canada" if the US dropped its extradition request.

"From Canada's point of view, if (the US) drops the extradition request, that would be great for Canada," he told the newspaper at a charity function.

"We have to make sure that if the US does such a deal, it also includes the release of our two people. And the US is highly aware of that," he said.

Trudeau's statement hailed McCallum's almost two decades of public service, which it said he carried out "honorably and with distinction."

The statement added that, effective immediately, McCallum's deputy Jim Nickel would represent Canada in Beijing as its charge d'affaires.