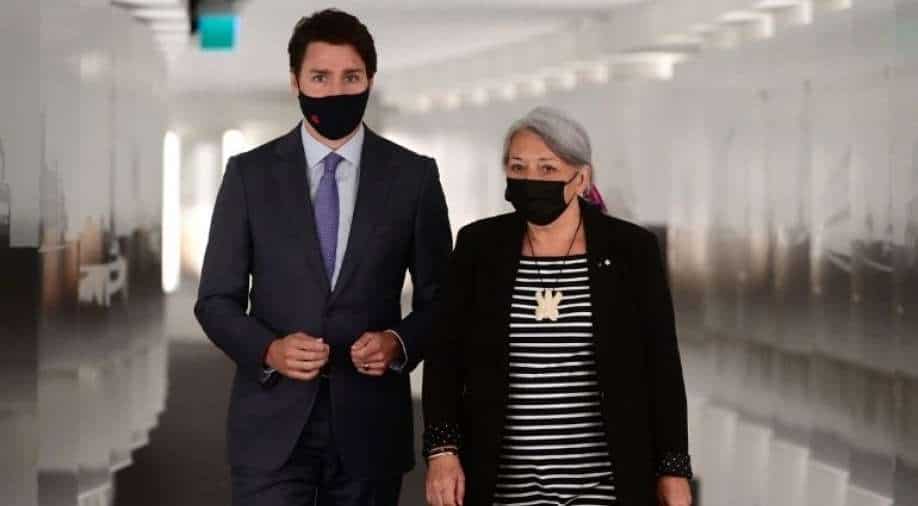 Simon, an Inuk from Kuujjuaq, a village in northeastern Quebec, said Tuesday that her appointment would help engender reconciliation

Prime Minister Justin Trudeau appointed Canada’s first Indigenous governor-general on Tuesday, a move with wide symbolic resonance as the country seeks to reconcile with its Indigenous population after decades of systemic mistreatment.

The appointee, Mary Simon, a diplomat and leading Indigenous rights advocate, will represent Queen Elizabeth II as Canada’s official head of state. While the role is largely ceremonial, it is high profile; the governor-general is the crown’s representative in Canada’s system of constitutional monarchy.

“Today after 154 years, our country takes a historic step,” Trudeau said while announcing the appointment at the Canadian Museum of History in Gatineau, Quebec. “I cannot think of a better person to meet the moment.”

Simon, an Inuk from Kuujjuaq, a village in northeastern Quebec, said Tuesday that her appointment would help engender reconciliation.

“I can confidently say that my appointment is a historic and inspirational moment for Canada and an important step forward,” she said, adding that it “comes at an especially reflective and dynamic time in our shared history.”

Simon, who was Canada’s ambassador to Denmark, will take on her new role as Canada is having a national reckoning after the discovery of hundreds of unmarked Indigenous graves, many of them children, who attended church-run schools in British Columbia and Saskatchewan.

The finding of the graves has spurred national soul searching about the country’s discrimination against Indigenous people, who for decades have been forced to grapple with racism, and inadequate access to health and economic opportunities.

Simon’s appointment reflects two critical policy priorities of Trudeau — reconciling with Indigenous people and promoting women’s rights. But Indigenous groups have criticized him for failing to live up to his lofty promises.

In February 2019, Jody Wilson-Raybould, Canada’s first Indigenous justice minister, resigned from Trudeau’s Cabinet in the midst of a controversy over how to handle a corruption case, after being moved from that post to Minister of Veterans Affairs, widely considered less influential. At the time, Indigenous groups said Trudeau’s treatment of her raised questions about his commitment to righting past injustices.

Indigenous leaders praised Simon as a skilled diplomat who was well placed to champion Indigenous concerns and mediate between the country’s disparate groups.

“Mary is a diplomat, an advocate and a strong Inuk Woman,” Perry Bellegarde, the president of the Assembly of First Nations, a national organization representing Indigenous people, wrote on Twitter.

The Native Women’s Association of Canada said it was proud to have an Inuit in such a prominent representative role, but cautioned that Simon was “being asked to serve the senior role in what is still a colonial system of governance.”

It called for the Canadian government to reexamine who was leading Canadian ministries dealing with Indigenous issues and services.

While leaders across the political spectrum applauded her appointment as an important moment for Indigenous rights, Simon’s lack of fluent French, one of Canada’s official languages, was noted by some media in her native Quebec. She spoke on Tuesday in English and Inuktitut, reading a couple of sentences in French.

In the speech, she herself acknowledged her lack of fluency in French, which she said was due to the lack of French education at her school. She said she would continue studying French and planned to conduct the business of the governor-general in both English and French, as well as Inuktitut, one of many Indigenous languages spoken across the country.

Simon said she had been deeply formed by her Indigenous upbringing.

“I spent my adolescence in Nunavik, living a very traditional lifestyle,” she said, referring to an area in northern Quebec. “Many months out of the year, we camped and lived on the land,” she said, adding that she maintained “an active connection with our Inuit heritage and language.”

She credited her grandmother and mother for being role models, instilling in her an abiding desire to learn and a commitment to give back to the community. “They also taught me to always be proud of who I am, and to keep my mind open to other points of view,” she said.

Simon began her career in the 1970s as a broadcaster for the CBC, Canada’s national broadcaster, before attaining several leadership positions in Indigenous organizations.

She helped broker a landmark land claim settlement in 1975 between the Cree and Inuit community in Quebec’s north and the Quebec government. She has also been president of Inuit Tapiriit Kanatami, an organization championing Inuit rights.

In 1994, she was Ambassador for Circumpolar Affairs, defending Canadian interests in its sprawling Arctic territory, home to more than 200,000 inhabitants, more than half of whom are Indigenous. She became the first Inuk to hold an ambassadorial position.

Her appointment as governor-general comes after the resignation of Julie Payette, who stepped down in January after months of media reports that she and a top adviser had belittled and publicly humiliated employees, often reducing them to tears. In response, the government commissioned an independent review that several Canadian news outlets said had blamed her for fomenting a toxic work environment.