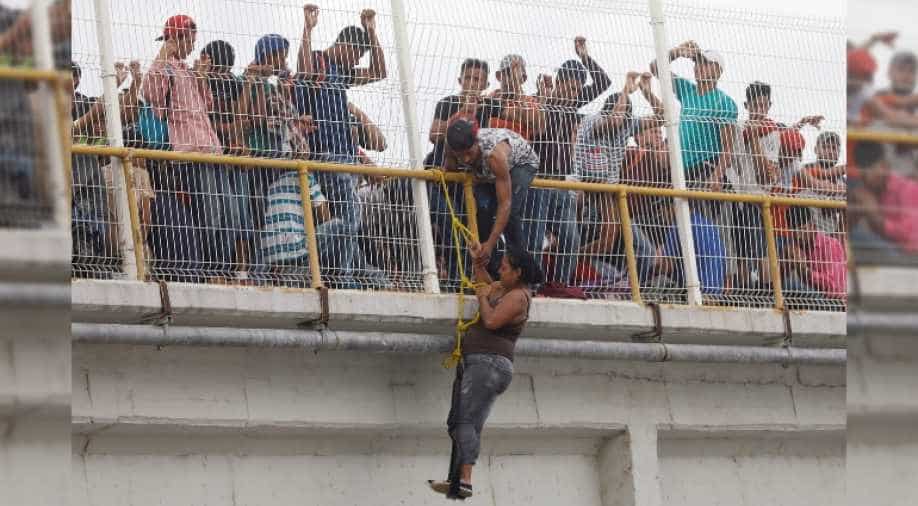 The caravan had left San Pedro Sula, Honduras last month and has covered over 1,500 kilometres.

As US defence secretary Jim Mattis visited troops at the border, the so-called migrant caravan comprising of hundreds of central Americans arrived at the US southern border on Thursday.

The migrants reached in buses in the northern city of Tijuana at the California border with Mexico as US patrol guards kept them away from entering the US. Tijuana's director of Migrant Assistance, Cesar Palencia, said the migrants would be provided with shelter.

The caravan had left San Pedro Sula, Honduras last month and has covered over 1,500 kilometres.

Meanwhile, defense secretary Jim Mattis informed that at least 5,900 troops are now at the border to prevent migrant crossing with several thousands more troops due to arrive.

"I think that it's very clear that support to border police or Border Patrol is necessary right now," Mattis said as he inspected troops in Texas.

Reports said the full caravan of some 5,000 migrants could be at the US border by Friday with the migrant numbers swelling each day.

During the midterm election campaign, President Trump had called those in the caravan as "hardened criminals" and "unknown Middle Easterners" who were about to "assault" the United States turning it into an election issue.

Navojoa located over 1,000 kilometres from Tijuana, is the where migrants plan to cross the border.

Mattis, however, warned that the US military was needed to provide vital support to Border patrol agents ahead of the arrival of the so-called caravan.

"We determined that the mission was absolutely legal," Mattis said.

"It's obviously a moral and ethical mission to support our border patrolmen," the US defence secretary added.