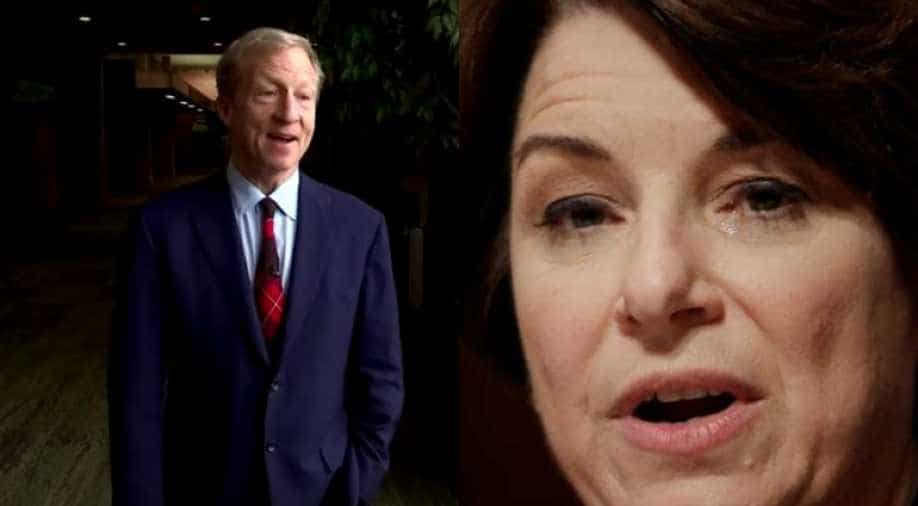 Mexico's President Andres Manuel Lopez Obrador will definitely not happy to know that some US presidential candidates don't know his name!

The Democratic race for nominations has intensified and even a small mistake by the contenders can ruin their 2020 chances. And Democratic presidential candidates Amy Klobuchar and Tom Steyer, who are already behind the frontrunners, have erred on a general knowledge question which is grabbing eyeballs.

Mexico's President Andres Manuel Lopez Obrador will definitely not happy to know that Klobuchar and Steyer don't know his name.

Steyer and Klobuchar, in a televised interview in Nevada, could not name the president of US's neighbour Mexico.

"No," admitted Klobuchar on the same question.

Steyer and Klobuchar did not know the name of the president of Mexico, in interviews w/ @TelemundoNews
“I forget,” says Steyer.
"Can you tell me his name?"
Klobuchar: “No."
Pete knew. pic.twitter.com/gUBqyxLfUW

Pete Buttigieg, who is currently the frontrunner in the Democratic nomination race was able to answer, avoiding a major embarrassment.

The netizens, however, gave mixed reactions to the gaffe, with some taking a dig, while others showing sympathy.

Uh say what? Even I know who the #President of #Mexico #AMLOPresidente JFC and these people expect to run this nation. #Klobuchar #Steyer are awful https://t.co/azBftSedxH

I don’t blame #Steyer and #Amy for not knowing #AMLO’s name. I’m Mexican and I wish I could forget he is the president 😂😂🤣

It's all good, Mexican fam. No one in America knows who Amy Klobuchar is and if it wasnt for his spending spree buying up television ads, I'm pretty sure no one would know who Tom Steyer is either. #Klobuchar #Steyer #Democrats https://t.co/YvDqVPZ0O8

The interviews were conducted in an election forum which was hosted by the League of United Latin American Citizens, the nation’s largest Latino civil rights group. Buttigieg, Klobuchar, and Steyer were the only contenders who attended the event.

The forum focussed on the issues concerning the 32 million Latino voters in the state, many of whom have Mexican roots.

After Iowa and New Hampshire, Democrat candidates will now try their luck in Nevada caucus on February 22.

Sanders and Buttigieg are in a neck-and-neck race, with the latter narrowly winning the most delegates so far. On the other hand, Elizabeth Warren and Joe Biden, who were the frontrunners before the primaries and caucuses began, are lagging behind.