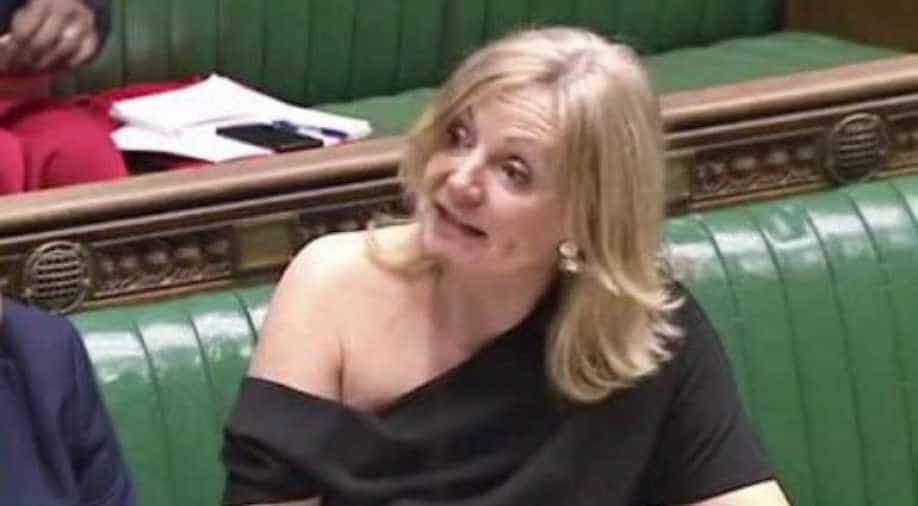 Tracy Brabin got trolled for wearing an off-shoulder dress to the British parliament Photograph:( Reuters )

Twitteratis had trolled called Brabin's dress and called it 'inappropriate'.

British Labour party member Tracy Brabin who was trolled for wearing an off-shoulder dress in the British parliament has put the ''shouldergate'' dress on auction on e-commerce website eBay for £1,260.

📣📣📣📣 Sold out on ASOS!
Buy the dress that’s been front page news.

The proceeds from the auction will go to a charity called Girlguiding. Tracy Brabin, 58, has received 71 bids for the dress so far.

The British member of parliament was trolled on Twitter because she wore an-off shoulder dress in the British House of Commons.

Twitteratis called Brabin's dress ''inappropriate'', and made fun of her by calling her a ''tart'' and a ''drunk''.

It’s inappropriate dress for work. You dress like that when you’re stumbling into a wine bar. But this is the commons. The mother of all parliaments. The blokes are all wearing suits n you are dressed to trip the lights fantastic.

However, there were some people who backed the MP in her choice of attire.

Why the outrage over Tracy Brabin’s shoulder dress? Plato was rocking a far more outrageous look back in the day... @mrjamesob pic.twitter.com/Z6bpHmKhBH

If I had a quid for every time someone had commented on what I wore rather than what I said... 🙄 This rarely happens to men - calling it out is the only way to educate 👊🏻

Tracy Brabin had shut down the trolls with this tweet.

Hello. Sorry I don’t have time to reply to all of you commenting on this but I can confirm I’m not....
A slag
Hungover
A tart
About to breastfeed
A slapper
Drunk
Just been banged over a wheelie bin.

Who knew people could get so emotional over a shoulder... 🙄 https://t.co/sTWWiEY2TF