Tornado damages the town of Barrie in Ontario. Know everything here 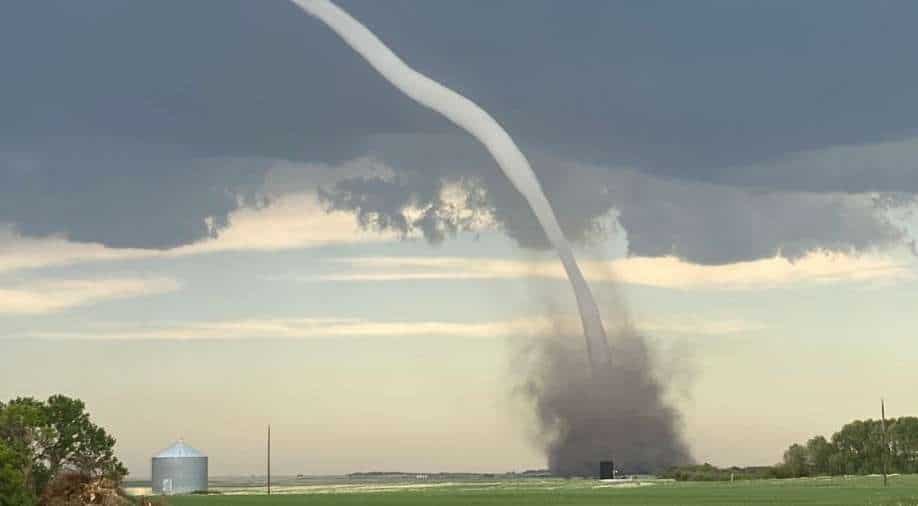 What to do when a tornado hits? Photograph:( Twitter )

A total of four people were hospitalized with serious injuries and about 25 buildings damaged in Barrie, Ontario, on Thursday, July 15

A total of four people were hospitalized with serious injuries and about 25 buildings damaged in Barrie, Ontario, on Thursday, July 15.

Aside from these four people,  at least four others were treated for less serious injuries, said Andrew Robert, who is the chief of Simcoe Paramedic Services, at a news conference Thursday night.

Paramedics have also set up a triage area at Saint Gabriel the Archangel Catholic School on Prince William Way, in the southeast neighbourhood of the city that was most severely affected by the tornado.

#barrie #Tornado I didn't realize what was happening when I started filming but I ended it quick and ran to the basement. We're all okay. pic.twitter.com/VMjl8xnJdd

my phone is blowing up w friends back home in this area and i just got sent this video on facebook, holy shit this barrie tornado was bad. pic.twitter.com/wI5jjMMWlF

Barrie Mayor Jeff Lehman was quoted by CBC as saying, "I can't tell you how incredible it is that nobody has been killed".
He further added, "This is an incredibly difficult day. We will respond and rebuild, most of all we want to make sure everyone is safe".

He further highlighted how he was so heartened to see "incredible offers" from people showing up with water, food, and other supplies for their neighbours.

Few hours after the tornado touched down, Barrie residents took to social media, posting photos and videos of destruction caused by the storm. Barrie police spokesperson Peter Leon was quoted by CBC saying, "The damage is catastrophic. It is significant. It is major".