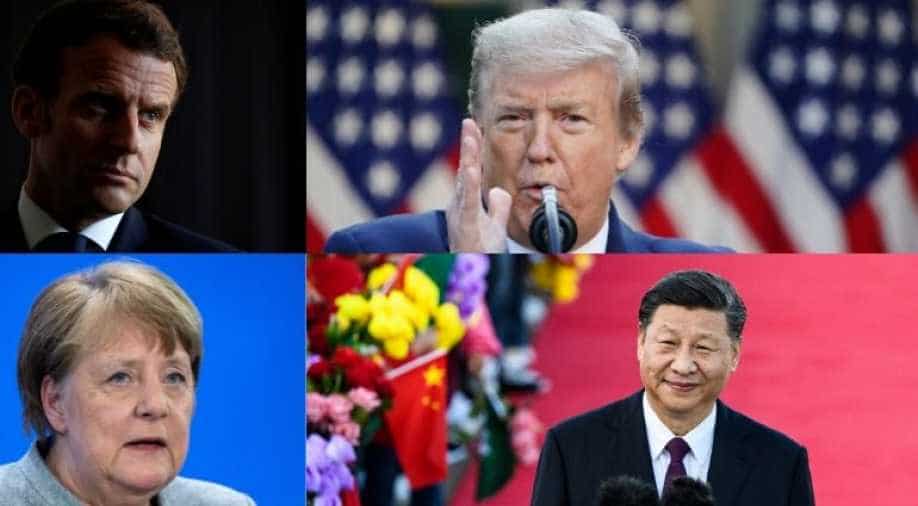 Six members of this powerful seven-nation body are among the world's worst-affected countries.

Six members of this powerful seven-nation body are among the world's worst-affected countries.

Japan with more than 9,000 active cases.

These nations are struggling and then there's China which is celebrating.

The virus is apparently fading in China and it seems -- so is the Chinese regime's hold over the G7.

A virtual meeting took place last night. The immediate fallout of this meeting may ruin all of Beijing's celebrations.

China is slowly being isolated by the G7. Questions are being raised about the origins of this virus and there are calls for accountability from new quarters.

Leading the charge, like always --- is the United States and this time it is joined by Europe.

The United Kingdom & France both nations have slammed china's handling of the outbreak.

Though just like the G20 meeting, they did not say very much at the actual conference.

Leaders remained bound by self-imposed diplomatic niceties. The gloves came off only later.

Speaking at 10 downing street, the interim prime minister of the United Kingdom, Dominic Raab said that its time to ask some hard questions of China.

'Questions about how this virus came'

The French president to thinks it will be 'naive' not to ask such questions.

That it will be 'naive' to suggest that China had dealt with the crisis well.

In a print interview, Emmanuel Macron said: "There are clearly things that have happened that we don't know about."

And that there can be no comparison what so ever between "open societies and those where truth is suppressed."

Some countries have been subtle in response to China. But the United States of America find it difficult to be subtle under the leadership of Donald Trump.

The US secretary of state Mike Pompeo has clearly stated that China needs to come clean. His message to Beijing is: "Open up and help explain exactly how this virus spread."

He contradicted himself by adding that: "We knew that China was working on this program."

So, Washington was aware of inhumane medical experiments by Chinese scientists at the Wuhan Institute of Virology.

Pompeo's remarks sound more like a confession than a charge because if the White House knew - what exactly did it do to stop China?

Because the American govt was, in fact, funding these so-called programs in Wuhan.

Yesterday WION reported on how the US govt. gave a $3.7 million grant to the lab at the centre of the coronavirus scrutiny.

For years, American taxpayers were unknowingly funding cruel experiments at this lab in China.

The National Institutes of Health, a US government agency lists this lab as a partner.

What did the Trump administration do to stop this?

But the US should also practice what it preaches.