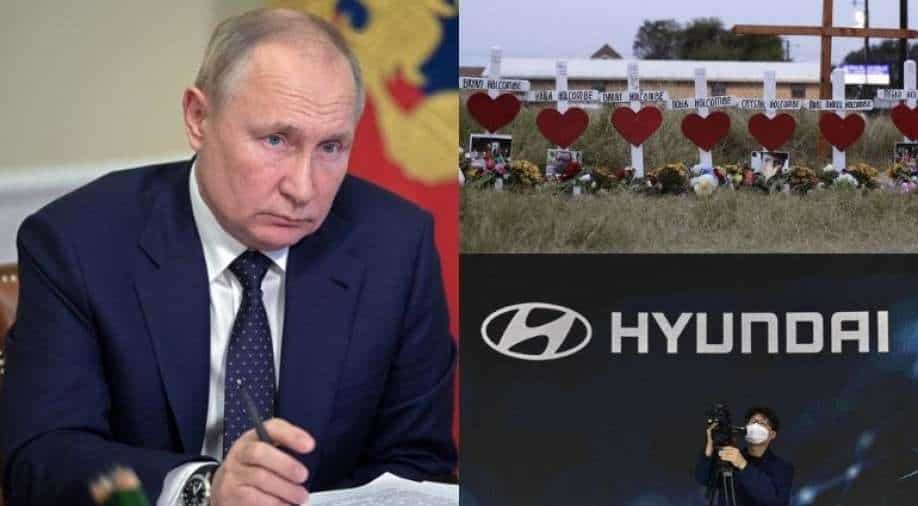 In this combination of images, Russian President Vladimir Putin can be seen along with graves in Texas of mass shooting victims and Hyundai logo Photograph:( Agencies )

A US federal judge has ordered the Air Force to pay more than $230 million in damages to survivors and relatives of victims of a 2017 Texas shooting for failing to report the perpetrator's criminal record. India has summoned the South Korean envoy over a social media post of Hyundai’s Pakistan unit supporting Pakistan engineered ‘Kashmir Solidarity Day’. 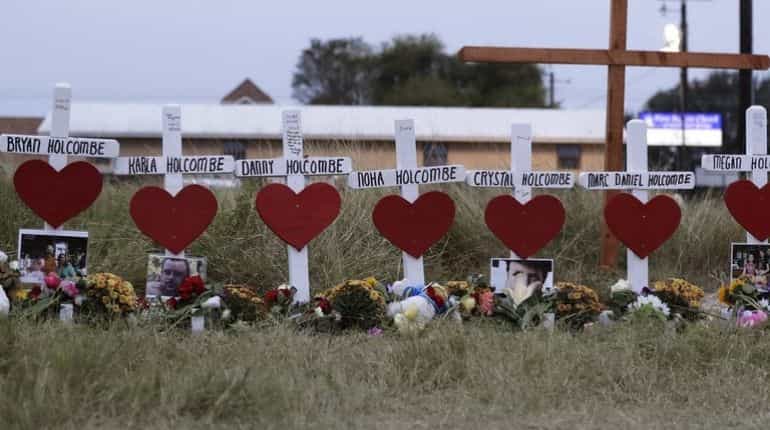 “The losses and pain these families have experienced is immeasurable,” said US District Judge Xavier Rodriguez. 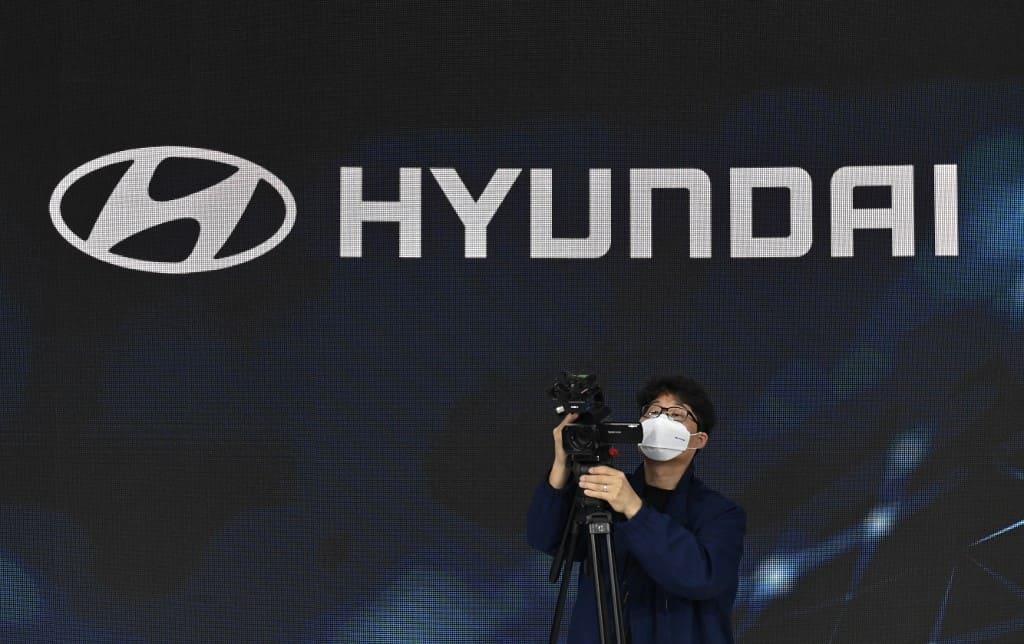 In a statement, External Affairs Ministry spokesperson Arindam Bagchi said that India’s “strong displeasure on the unacceptable social media post” by Hyundai Pakistan was expressed to the Indian Ambassador in Seoul.

It 'would be wise' for Americans to leave Ukraine, says Biden Biden made his comments during a joint press conference with German Chancellor Olaf Scholz at the White House, shortly after the two leaders met for talks about the simmering crisis.

38 years after end of the Cold War, NATO continues to expand: China to EU 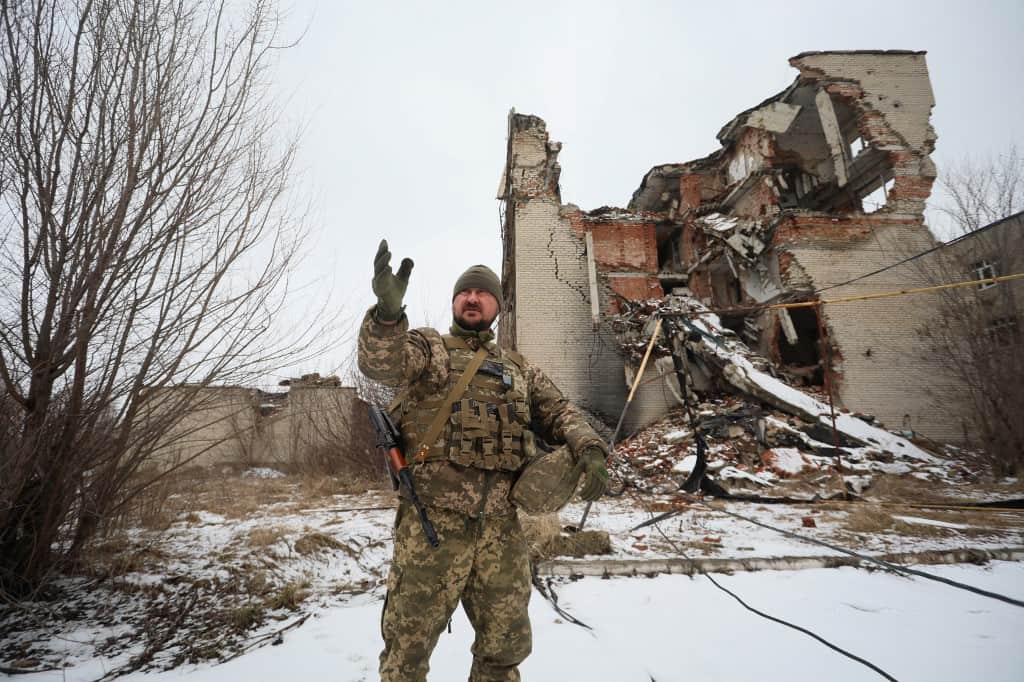 "Thirty years after the end of the Cold War, NATO continues to expand its geography and range of operations, engage in bloc politics and confrontation. This is not contributing to global security and stability", China's Mission to the European Union said. 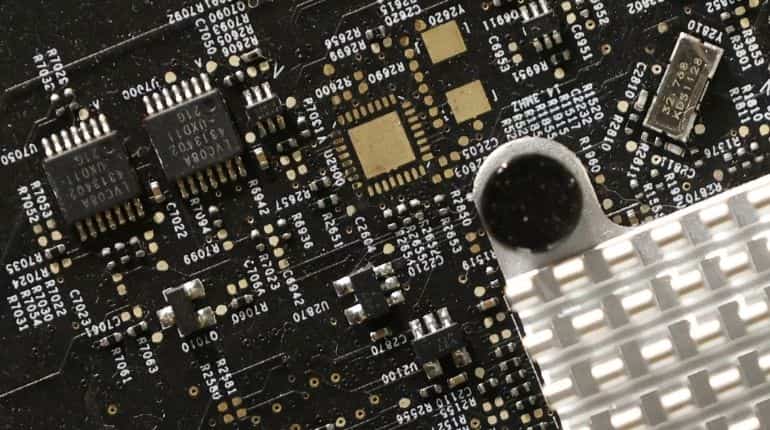 In order to cut its dependence on China and the US on semiconductors supply, the European Union (EU) on Tuesday unveiled its multi-billion-dollar plan to set up chips factories in the bloc. 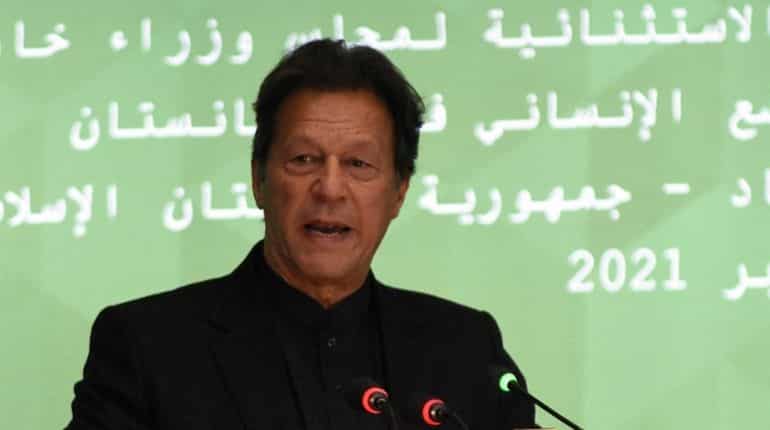 Preparation are underway for PM Imran Khan's visit to Moscow, however, the Kremlin said it will announce the exact date in a "timely fashion". 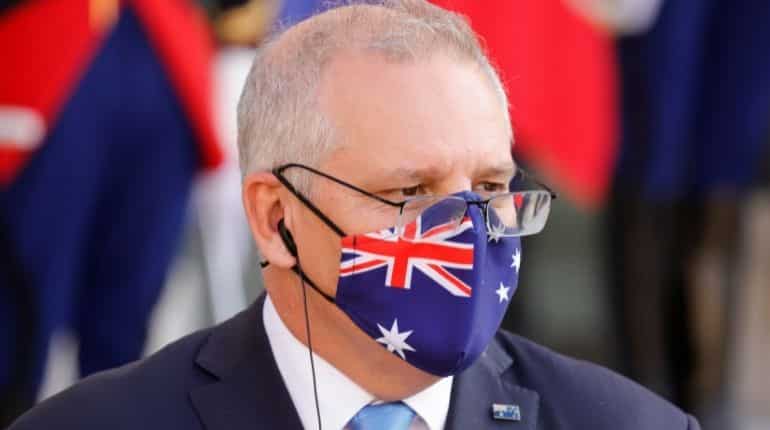 Addressing lawmakers, Morrison apologised directly to former staffer Brittany Higgins who said she was raped by a male colleague in a minister's office in 2019. 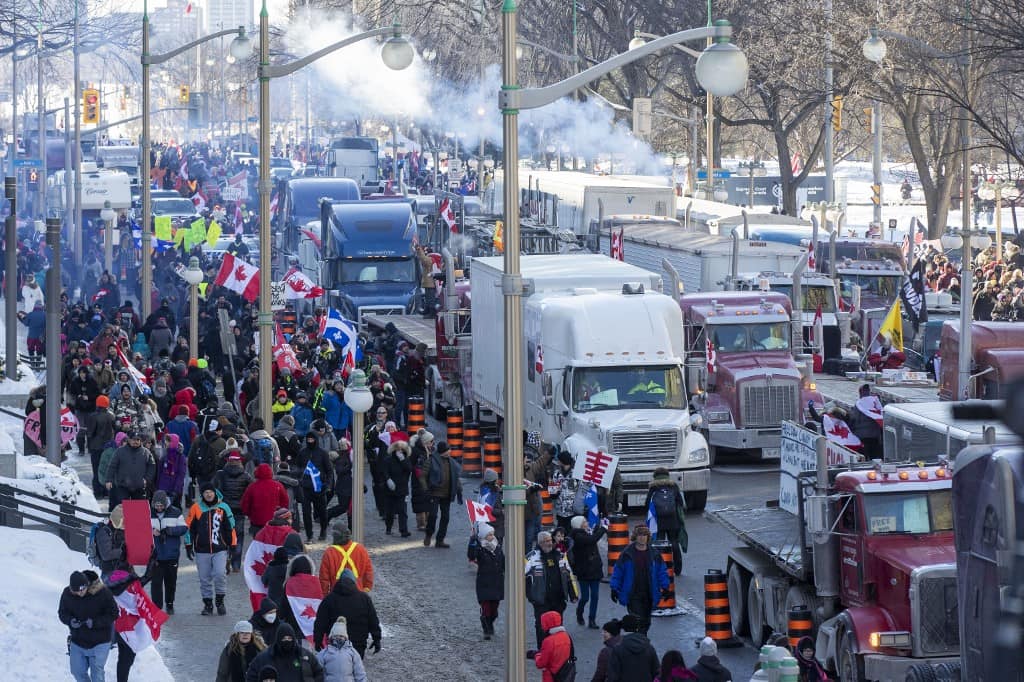 The protesters have been using loud and constant blare of truck horns in the protest to get attention. The movement has been started against the vaccine mandates in Canada. 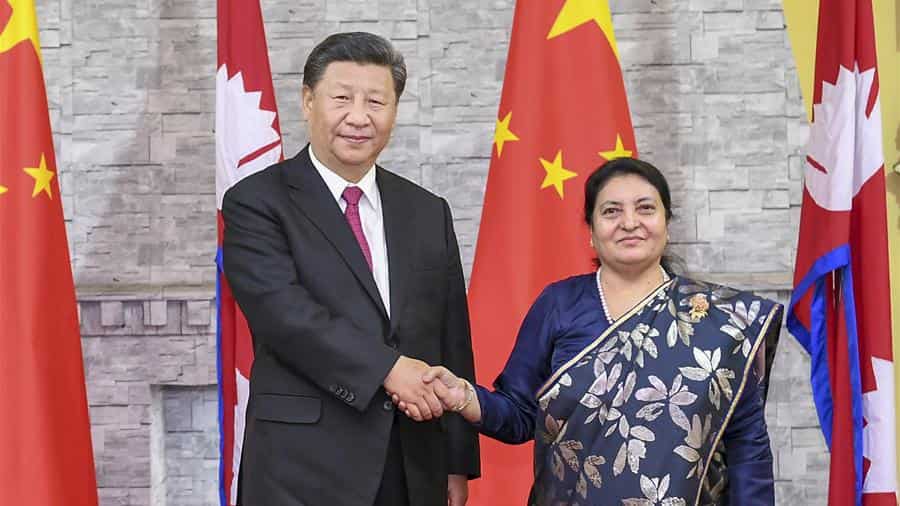 China has been encroaching into Nepal along the border shared by the two countries, BBC reported citing a leaked Nepalese government report. 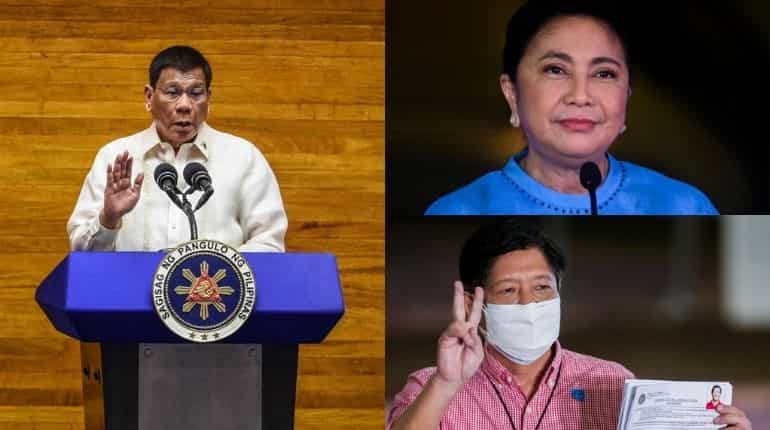 Campaigning kicked off in the Philippines on Tuesday ahead of an election on May 9 to choose a successor to President Rodrigo Duterte, who is limited to a single term, by law.