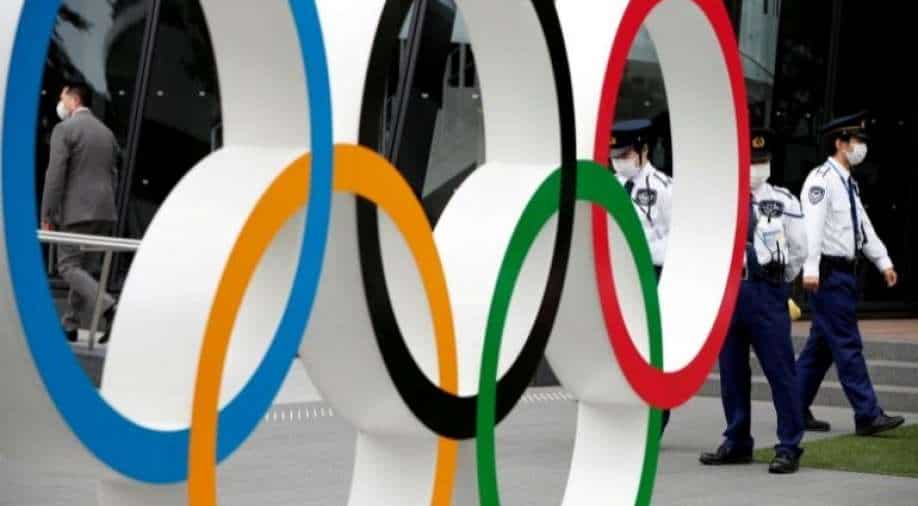 With people from more than 200 nations and territories set to arrive, the Games, due to begin in eight weeks, pose a danger

The head of a Japanese doctors' union warned on Tuesday that holding the Olympic Games in Tokyo this summer, with tens of thousands of people from around the world, could lead to the emergence of an "Olympic" strain of the coronavirus.

Japan has pledged to hold a "safe and secure" 2020 Olympics in Tokyo after a year-long postponement but it is struggling to contain the fourth wave of infections and preparing to extend a state of emergency in much of the country.

Japanese officials, Olympics organisers and the International Olympic Committee (IOC) have all vowed the Games will go ahead, albeit under strict virus-prevention measures. Foreign spectators have been banned and a decision on domestic ones is expected next month.

But even with those steps, worries remain about the influx of athletes and officials into Japan, where a vaccination drive remains glacially slow, with just over 5 per cent of the population having had a shot.

With people from more than 200 nations and territories set to arrive, the Games, due to begin in eight weeks, pose a danger, said Naoto Ueyama, head of the Japan Doctors Union.

"All of the different mutant strains of the virus which exist in different places will be concentrated and gathering here in Tokyo. We cannot deny the possibility of even a new strain of the virus potentially emerging," he told a news conference.

"If such a situation were to arise, it could even mean a Tokyo Olympic strain of the virus being named in this way, which would be a huge tragedy and something which would be the target of criticism, even for 100 years."

But Kenji Shibuya, director of the Institute of Population Health at King’s College, London, who has recently been helping the vaccination campaign in Japan, played down dangers specific to the Games.

"Mutation takes place when virus stays in immunocompromised or partially immunised people for a long period of time," Shibuya said.

Also Read | Not thinking of cancelling the Olympics', says Tokyo 2020 chief amid surge in COVID infections

"So the current situation in Japan is more dangerous than (during) the Tokyo Games, in my opinion."

The Asahi Shimbun, an official partner of the Tokyo Olympics, carried an editorial on Wednesday urging the Games be cancelled, but former IOC vice president Dick Pound said later in the day the sports extravaganza should and would go ahead.

The government is currently preparing to extend a state of emergency across much of the nation originally set to be lifted on May 31, most likely well into June, officials have said - just weeks before the Games are set to open on July 23.

But IOC member John Coates has said the Olympics could be held even under a state of emergency, an opinion Ueyama said was infuriating.

"In regards to these statements, the people of Japan are indeed holding great anger towards this, and this is even more the case for healthcare and medical professionals," Ueyama said.

Earlier this week, the United States advised against travel to Japan, but Olympics organisers have said this will not affect the Games. The White House on Wednesday said it had been assured by Japan's government that it will keep in close contact about concerns over the Olympics.

In a sign of how uncertain the situation remains, however, Australia's major sports leagues and Olympic hopefuls were left scrambling to make contingency plans after authorities announced a seven-day lockdown in the southern state of Victoria to contain a COVID-19 outbreak in Melbourne.

Chiba prefecture, which borders Tokyo, announced on Thursday that it was cancelling its stretch of the Olympic torch relay out of safety concerns, becoming the latest area to scale back events.