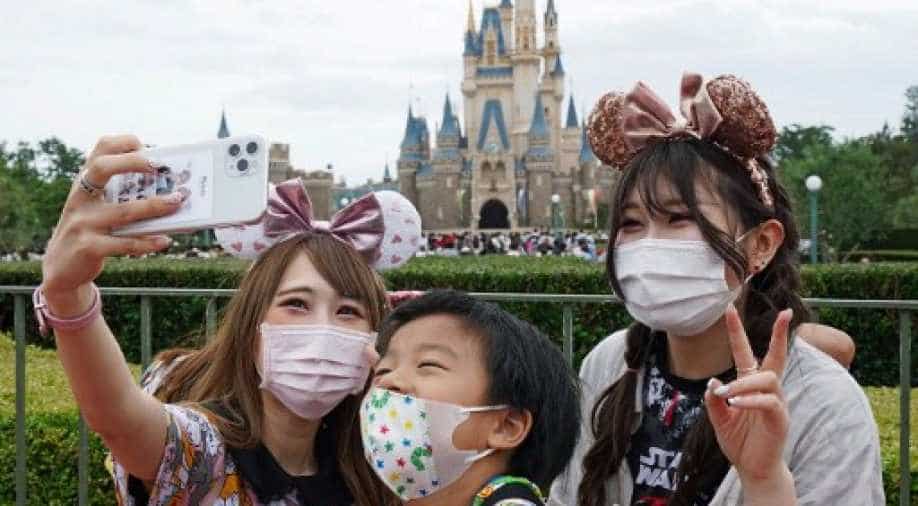 Tokyo had reported 165 new coronavirus cases on Wednesday and 143 on Tuesday as reports said 60 new cases were reported in Osaka perfecture including 36 cases at a marine base in Okinava.

Governor of Tokyo Yuriko Koike said the coronavirus situation was "rather severe" as authorities raised the highest "red" level alert on Wednesday.

"We are in a situation where we should issue warnings to citizens and businesses," the Tokyo governor said, adding,"my understanding is that we're in a rather severe situation now."

Tokyo had reported 165 new coronavirus cases on Wednesday and 143 on Tuesday as reports said 60 new cases were reported in Osaka perfecture including 36 cases at a marine base in Okinava.

Last week, Tokyo authorities had unveiled plans to offer nightclubs subsidies to close as infections surged in the capital. According to reports, the Tokyo government was to give $4,660 to nightclubs if they close for more than 10 days.

Japan's capital witnessed over 200 COVID-19 cases per day in the past week with an high of 243 cases last Friday raising alarm among authorities as the Tokyo's governor said people should not visit restaurants which do not have infection control measures.

Japanese health experts had earlier said that infection levels in the capital was "exceeding peaks" with infected cases among  asymptomatic and young people on the rise. Amid the rising number of cases, political leaders have asked the government to suspend steps aimed at boosting domestic travel as authorities grapple with fears of  widespread community transmissions.

There are over 20,000 coronavirus cases in Japan with  981 fatalities. Japan had announced a lockdown in April but the Abe government had lifed it in late May as the virus cases slowed. However, the PM Abe had cautioned that it would be a "quite a long time" before the country could return to normal