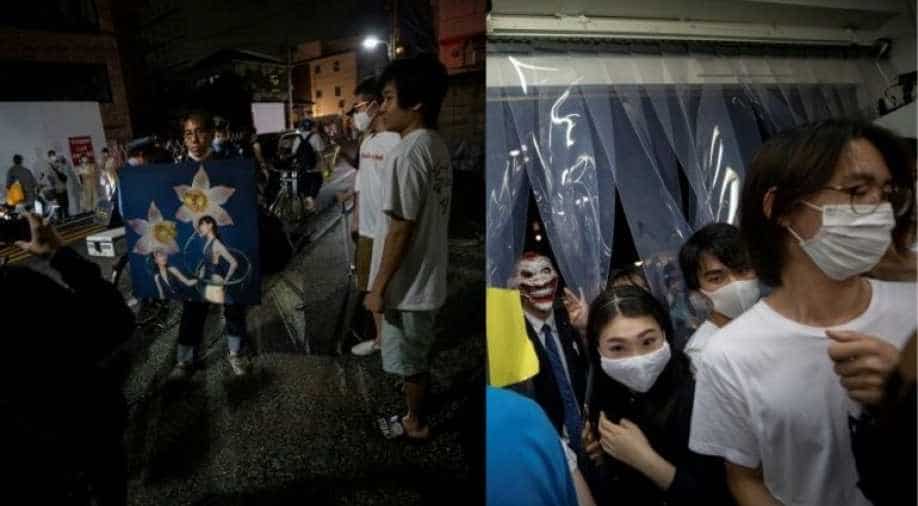 Some of the "stolen" art pieces re-emerged on internet for a re-sale price of as high as 100,000 yen.

A Tokyo art exhibition opened its doors after hours for "thieves" inviting them for a midnight raid. However, no missing pieces report was filed with the police.

The Tokyo art gallery held a Stealable Art Exhibition as an experiment to alter the relationship between artists and visitors. The art pieces on display were specially created for this experiment.

The experiment was supposed to be a low-key event. However, as the news spread o social media, people started showing interest and it led to nearly 200 people showing up at the gallery. The midnight raid was supposed to start at 12 am, but due to the huge crowd, the doors had to be opened 10 minutes early.

"We do not assist art thieves with packing or transporting artworks, so you are responsible for everything," a notice outside the gallery read.

The theft was originally planned for a small group and was expected to continue for 10 days. However, as soon as the doors were opened for the thieves, all the art work was gone within 10 minutes.

The theft became so popular that people kept pouring in even after the exhibition organisers announced that the theft experiment was finished. This forced a nearby police station to dispatch officers for crowd control. "You are blocking traffic!" officers shouted.

The organisers, other than this, made sure the local police was well-informed about the ongoing experiment, and all irregular activities were reported.

In an interesting turn of events, some of the "stolen" art pieces re-emerged on internet for a re-sale price of as high as 100,000 yen.