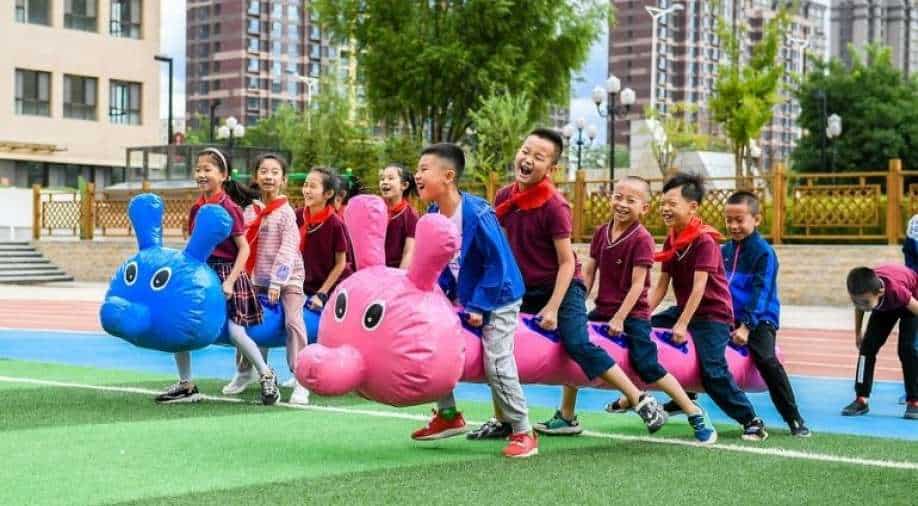 As the education ministry points out, while exams are an integral part of education, excessive testing burdens students and this needs to be addressed

In the latest measure to help relieve parental and student pressure, China has decided to ban written exams for six and seven-year-olds.

The evaluation of students was earlier based on their performance on exams taken from the very first year of primary school to university entrance exams when they turned 18.

However, the education ministry claims the stress is harming the physical and mental health of students.

According to the ministry, while exams are an integral part of education, some schools have problems with excessive tests that burden students, and this needs to be addressed.

Now, schools will only be permitted to set up a certain number of tests per term.

According to the Ministry of Education (MOE), students of the first and second grades of elementary school won't have to take paper-based exams; for other grade levels, final exams can be given each semester. mid-term exams and regional exams are not allowed in all grades of primary school.

It is also forbidden for non-graduating junior high students to have weekly tests, unit tests, monthly tests, etc. Apart from this, academic research disguised as examinations is also prohibited.

Weibo, China's social media platform, is seeing mixed reactions about this initiative, with some commentators saying it is a positive step, while others question how schools will measure and test students without exams.

Chinese officials announced the plan as part of a broader reform of the education sector.

Earlier this year, Beijing took away the ability of online tutoring businesses operating in the country to be profitable by teaching core subjects. Additionally, the guidelines restricted foreign investments in the tutoring industry, which before the overhaul was worth about $120 billion (£87 billion).

As reported by AFP, this year the Chinese Ministry of Education has also imposed a 1.5 hour limit on homework for junior high school students, and banned homework for first-graders.

At a time when China posted a record low birth rate, the moves are seen as the government attempting to ease the financial stress of raising children.