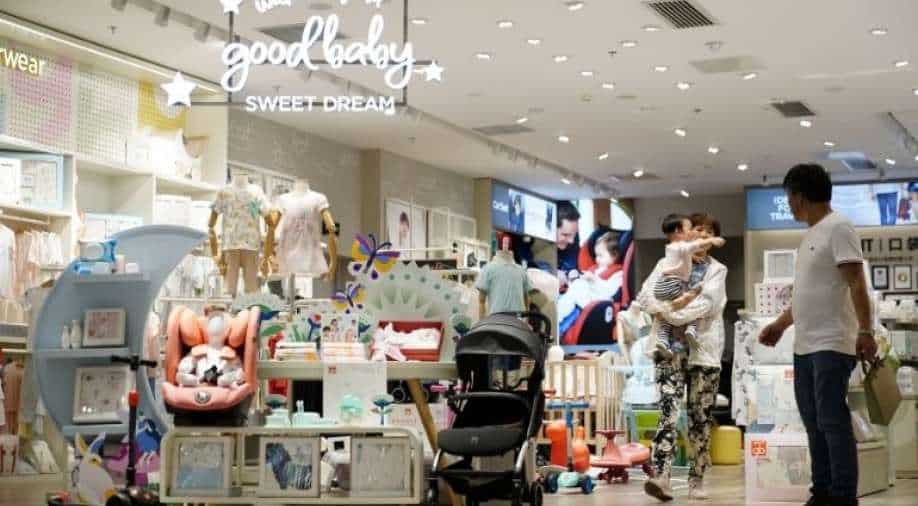 On Monday, the country announced that all married couples would now be able to have upto three children, up from the previous limit of two

Shares in Chinese toy makers, diaper producers and companies that make infant food surged for a consecutive second day on Tuesday, benefitting from the country’s new three-child policy. On Monday, the country announced that all married couples would now be able to have upto three children, up from the previous limit of two.

After the announcement, many brokerage analysts were seen scrambling to recommend the right stocks. Even then, analysts believe change in policy won’t have any impact on China’s falling birth rights.

Called the “third baby concept” stocks by many, the index complied by Hithink RoyalFlush Information Network Co jumped by 2.5 per cent on Tuesday.

Even though the cap on births has been lifted given the rapidly ageing population in the country, analysts believe that the policy alone will not be able to produce desirable results, given the high costs of childcare.

China introduced the one-child policy in the late 1970s in a dramatic effort to slow rapid population growth, before reversing it in 2016 to allow families to have two children as fears grew about the country's fast-ageing population and shrinking workforce.

But the change has not yet resulted in a baby boom, with empowered Chinese women often delaying or avoiding childbirth and young couples blaming rising costs and insufficient policy support for families.

Many Chinese couples weren’t convinced that two were better than one, childbirths in 2019 fell to the lowest level in almost six decades.