To counter China, US Navy to be 'more assertive' 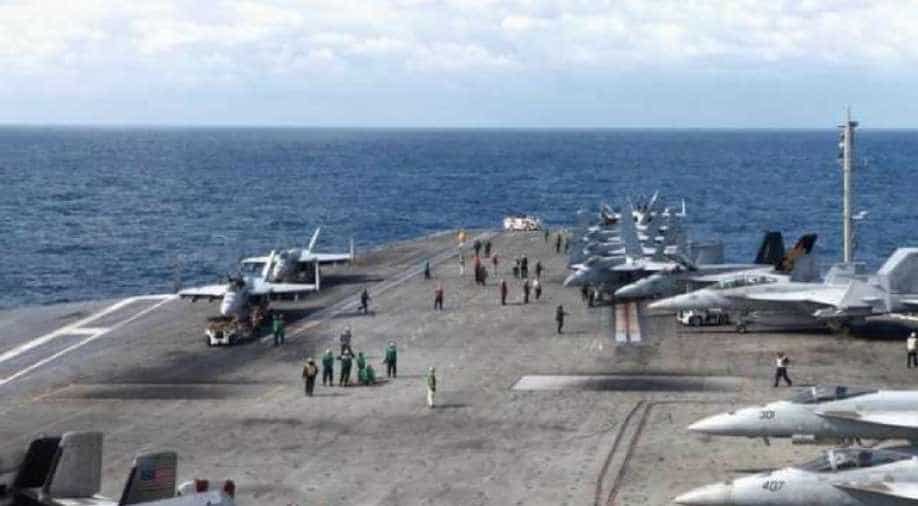 China claims almost all of the islands of South China Sea. This is disputed by other countries in the region like Vietnam, Malaysia, Philppines and Brunei.

US military warned on Thursday that US warships will be "more assertive" against international law violations particularly by China. China has long taken expansionist actions in South China Sea. In a document, the Pentagon said that several countries, notably Russia and China "are contesting the balance of power in key regions and seeking to undermine the existing world order."

"Our globally deployed naval forces interact with Chinese and Russian warships and aircraft daily," the document said, noting their "growing aggressiveness" and calling China "the most pressing, long-term strategic threat."

The latest incident between the US and China naval forces took place in late August, when Beijing said it had driven an American warship from the disputed Paracel archipelago.

China claims almost all of the islands of South China Sea. This is disputed by other countries in the region like Vietnam, Malaysia, Philppines and Brunei.

To counter China, the US has been sending ships to the region more frequently to carry out what it calls "freedom of navigation" operations.

To maintain strategic advantage over the Chinese Navy whose "battle force has more than tripled in size in only two decades," the US Navy plans to modernize with smaller, more agile and even remotely piloted ships.

"In the past, our behavior was de-escalation. We would turn away and would minimize risk in those individual contacts," he said, noting that the Navy "might be ceding ground" with the approach.