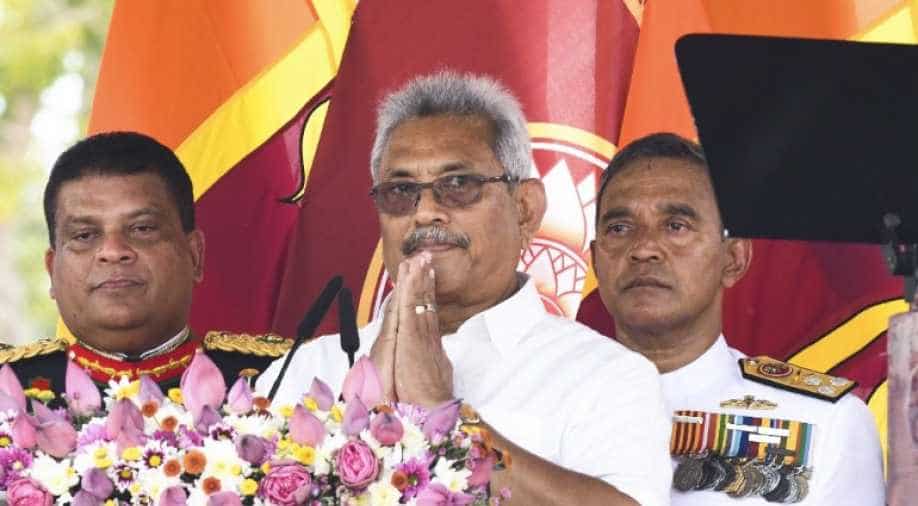 As the US is out of the picture now, the ground is clear for China to make inroads in Sri Lanka

"Lack of partner country engagement" were the words used by the US embassy in Sri Lanka for withdrawing USD 480 million grant to the country on Thursday.

In June, the US embassy said that Sri Lanka has not spent even a single penny from the grant with preparatory activities either being cancelled or postponed.

The opposition raised doubts over this assessment but failed to make an impact.

As the US is out of the picture now, the ground is clear for China to make inroads in Sri Lanka.

The Rajapaksa administration has given green light to several Chinese projects, including building a 13 billion dollar port city on Sri Lanka's seafront.

It will be built on 660 acres of land near Colombo City Centre.

Also, a 300 million tyre plan for Shandong Haohua Tire is coming up in Sri Lanka's Hambantota with several large projects backed by Chinese in the pipeline.

Chinese ambassador to Sri Lanka has already hinted that they are ready to invest in "many projects" in the country.

During the diplomat's meeting with the Lankan speaker, he also hoped of building another tyre factory worth 600 million dollars in Matugama.

All this suggests that the Rajapaksas are betting on China to take the island nation forward amid an economic crisis.

Sri Lanka's debt crisis is far from over and the nation owed 50.8 billion dollars by June this year with China accounting 10 per cent of this debt.

In the next three years, Colombo has to pay four billion dollars annually on average as foreign debt payments.

In 2017, Sri Lanka leased the Hambantota Port to China for 99 years after failing to keep up its payments.

Despite this loss, the island nation has not lost appetite for Chinese debt as last year 43 per cent of its loans on major projects came from China.

And by giving green signal to more infrastructure projects, the Rajapaksas are pushing Sri Lanka further into Beijing's trap.