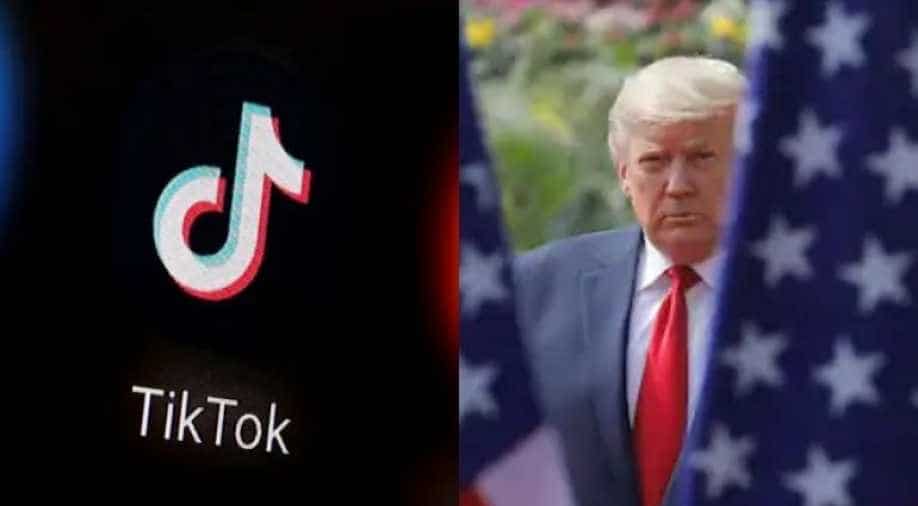 Trump and TikTok to fight each other in court Photograph:( Reuters )

The chinese short-video app TikTok is requesting a federal court to block the US President Donald Trump from banning the app in the US.

TikTok has alleged that Trump is using their app as an agenda to further his campaign for the upcoming US elections, scheduled for November 03.

The lawyers will be advocating their case in front of the judges on Thursday in which they will be arguing to prove that Trump has been using the TikTok ban issue as a motive to further his agenda in the US elections and woo the right-wing audience, rather than worrying about 'national security'.

Trump, on the other hand, states that the only reason he wants to ban the app is because he is worried the Chinese parent company ByteDance has been breaching the privacy of the billions of users and providing data to the Chinese government.

The issue was raised by trump after the two countries — China and US — started a diplomatic and wordly war citing security concerns which has resulted in corporations and journalists bearing the heat of it.

The President had announced that he will be willing to let the app entertain its millions of American users only if ByteDance gives up the control over its US operations and let an American company take control. TikTok offered a deal with Oracle and Walmart as its partners. The deal, which earlier got 'blessings' from Trump, has not been approved yet as Trump has vowed to block every offered deal if ByteDance holds majority shares.

As per the latest deal offered, Oracle Corp was to take over as the data partner and the retail giant Walmart would have held minority shares in the new entity being set up under the name of TikTok Global.

Trump, known for his indecisiveness, had earlier unofficially announced his intentions of agreeing with the deal. However, he later told Fox News in an interview that ByteDance "will have nothing to do with it, and if they do, then we just won't make the deal."

He further explained that he would be oka with the deal only if Oracle and Walmart "are going to own the controlling interest. Everything is going to be moved into a cloud done by Oracle... and it's going to be controlled — totally controlled by Oracle."

Now, as per the new case filed by tikTok in a federal court, the US government's conduct has been "arbitrary and capricious in multiple respects." The social media giant argues that Trump's repeated tries of banning the app violates the Constitution.

ANother reason why Trump wants to ban the app is because of the reports that claimed that some TikTok users and K-Pop fans pranked Trump and registered for free tickets for his Tulsa campaign rally. However, close to zero showed up to the rally, leaving hundreds of seats vacant. Some believe this might be another reason for Trump wanting the app to be banned before the upcoming US elections.