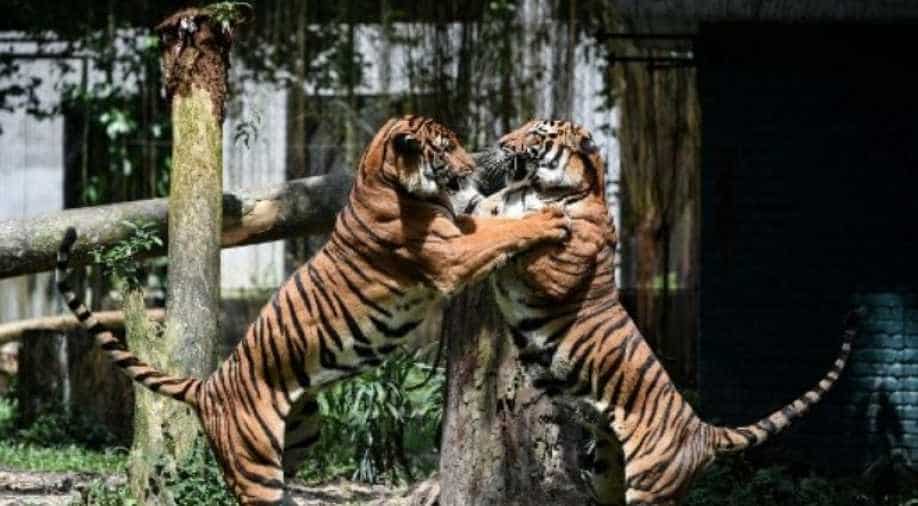 It is suspected that the virus was transmitted by a zookeeper, and all of them are expect to recover swiftly

In a surprising turn of events, a tiger has recently tested positive for the coronavirus infection.

Over the last few weeks, Nadia - the tiger had been displaying symptoms like dry cough.

Housed in the Bronx Zoo, Nadia’s results were confirmed as positive by the National Veterinary Services Laboratory in Iowa.

Others around her have also been displaying symptoms, including her Malayan tiger sister Azul, and three African lions.

It is suspected that the virus was transmitted by a zookeeper, and all of them are expect to recover swiftly.

"We tested the cat [Nadia] out of an abundance of caution and will ensure any knowledge we gain about Covid-19 will contribute to the world's continuing understanding of this novel coronavirus," the zoo’s statement released on Sunday read.

The statement further claimed that the appetite of the animals had dropped tremendously, but that they are doing well otherwise.

“The cats are bright, alert, and interactive with their keepers”, the statement added.

Can animals transmit it to humans?

The virus is still new, and its effects even on the human body are still being studied. It is not clear how the virus will develop in tigers or lions.

Even though nobody knows yet how various species can react to new infections, the animals have been put under 24x7 monitoring. The zoo hosts many other big cats, including tigers, cheetahs, cloud leopards, snow leopards, Amur leopards, a puma, etc. None of these have shown signs yet.

"Our cats were infected by a person caring for them who was asymptomatically infected with the virus or before that person developed symptoms," the zoo said.

The cats that had developed symptoms have now been quarantined in the “Tiger Mountain” area.

The Wildlife Conservation Society in New York City currently controls and runs four zoos, which have all remained closed since March 16.

However, as this case took everyone by surprise, new measures to avoid infection have been enforced.

However, no need to panic… yet! Turns out, animals cannot infect human beings, ie, they cannot transmit the virus to humans if they are carrying it. Or at least, there is no evidence for the same.

"No evidence that any person has been infected with Covid-19 in the US by animals, including by pet dogs or cats," the statement added.

However, many wild animals are at risk of developing the virus, which would then become uncontrollable. This holds true for close relatives of human beings, like gorillas, orangutans, and chimps.