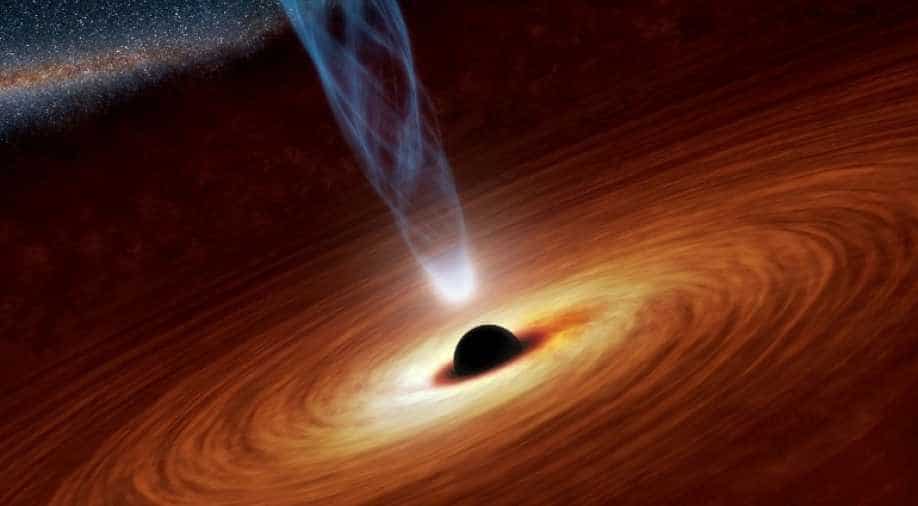 The recently discovered black hole is the nearest to the earth, according to astronomers.

An astronomer has discovered the closest black hole to the Earth, about 1,000 light-years away.

The hole is so close that two stars swirling around an invisible object is visible with the naked eye on a clear dark night in the southern hemisphere.

The previous black hole was three times away from the current discovery. According to astronomers, it was at a distance of 3,200 light-years.

Every light year is 5.9 trillion miles.

The recently discovered black hole is the nearest to the earth, according to astronomers.

According to media reports, on the scale of the Milky Way, the black hole is in the backyard. Close to the doorstep.

The black hole which is centrally located in the Milky Way is more than 25,000 light-years away.

Scientists can discover these holes, like the latest one, when they absorb parts of a partner star or any other objects falling into them.

And most of them remain unspotted as they do not have anything close to swallowing.

An inner star’s orbit helped in the discovery of the closest black hole.

The 25-miles diameter hole was a part of the three-star dance system called HR 6819.

And the two stars were not very close to be sucked.

European scientists in Chile found something four to five times the mass of the sun was pulling on the inner star and said it was a black hole.

The spotting of the black hole suggests that there could be more out there.

There are around one billion small dense objects in the Milky Way, according to astronomers.