Three astronauts dock at ISS within three hours of launch 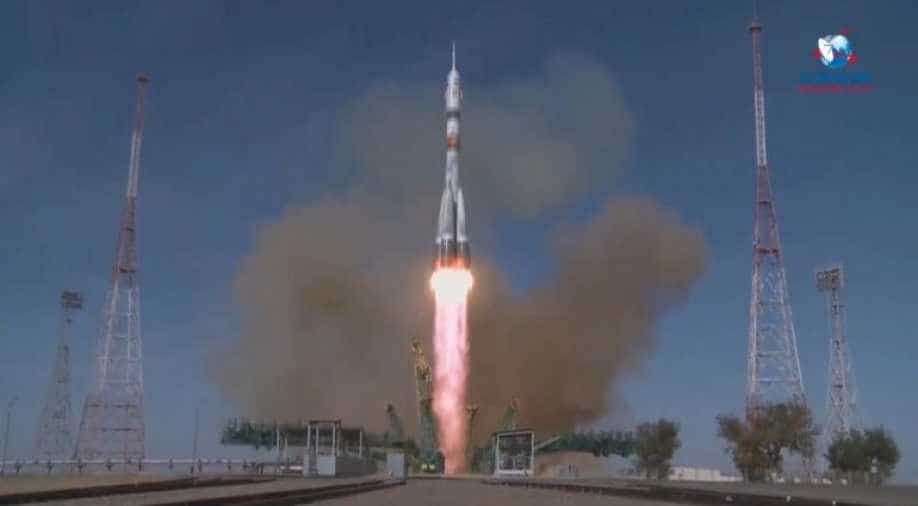 This is also being reported as the last Russian flight to carry a US crew member.

A three-person crew has successfully docked at the International Space Station (ISS) on Wednesday, the Russian space agency Roscosmos confirmed.

The manner aircraft SoyuzMS17 successfully docked to the to the Russian segment of the International Space Station. It launched from Baikonur cosmodrome and had Roscosmos cosmonauts Sergey Ryzhikov, Sergey Kud-Sverchkov and NASA astronaut Kathleen Rubins on board.

It has become the first spacecraft in the world that made only two orbits around the Earth. This was also the first time ever that a spacecraft took "a record short three hours and three minutes."

Explaining about the mission, the International Space Station tweeted, "The Exp 64 crew will soon board the station to begin a six-month research mission after the hatch opens at about 6:45am ET."

As per reports, this is also being reported as the last Russian flight to carry a US crew member. “We have an incredible partnership,” Rubins said in an interview from Russia's Star City before her flight. “We'll continue to train crews over here and we're going to have cosmonauts come to the Johnson Space Center and train.”