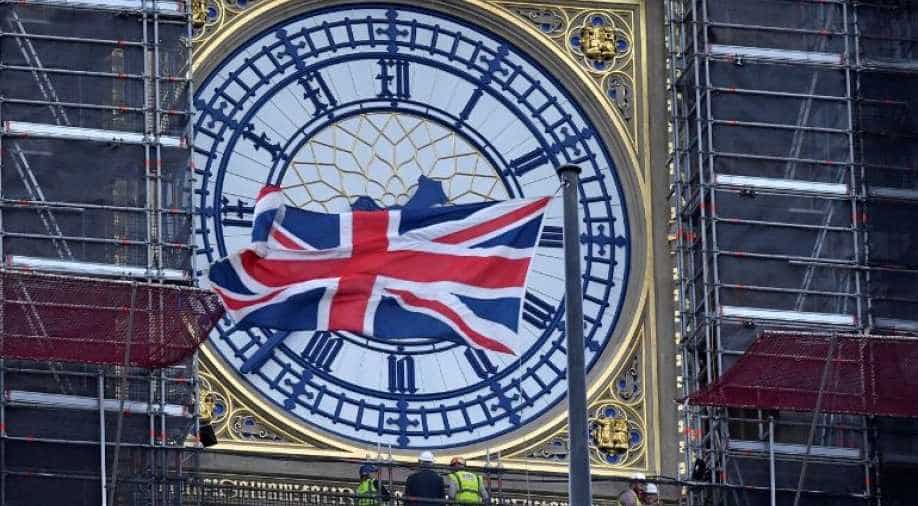 File Photo: A Union Jack flag flutters in front of Big Ben as workers inspect one of its clocks, in London, Britain September 11, 2019.  Photograph:( Reuters )

This pilot scheme will last for six months. The workers taking part in the trail range from those working in local fish and chips shop to large financial companies

On the day UK Prime Minister Boris Johnson averted being forced to give up work in the prime ministerial office, more than 33000 workers from 70 firms in the country started four-day work week trial. The trial, which would involve these workers working just four days out of the seven-day week will not see a pay cut due to reduced working hours.

This pilot scheme will last for six months. The workers taking part in the trail range from those working in local fish and chips shop to large financial companies.

This trial is being organised by not-for-profit 4 Day Week Global, a think tank, and 4 Day Week UK Campaign in partnership with researchers from Cambrisge University, the Oxford University and Boston College.

The aim is to be more productive. The staff will get full pay for 80 per cent of the usual hours they clock in.

As millions of employees worldwide switched to remote work during the Covid pandemic, calls to shorten work week increased. Researchers have said that a trial of four-day work week in Iceland became an 'overwheming success'.

These trials took place between 2015 and 2019. The workers were paid in full even when the working hours were less. The 4 Day Weel Campaign said in a press release that government-backed trials are due to take place in Spain and Scotland later this year.