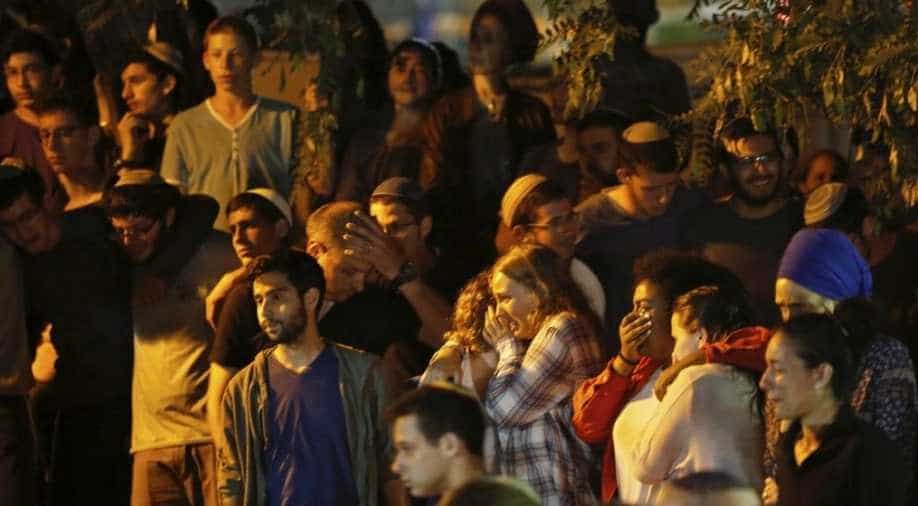 Relatives and friends mourn during the funeral of 19-year-old Israeli soldier Dvir Sorek at a cemetery the Jewish settlement of Ofra, in the occupied West Bank. Photograph:( AFP )

Prime Minister Benjamin Netanyahu, during a visit to Migdal Oz, called the incident terrorist attack and vowed that security forces would quickly find "those who perpetrated this heinous murder".

On Wednesday, Sorek's body was found near the settlement where he had been studying at a Jewish seminary in the West Bank that combines religious studies with service in the armed forces. The body was found in civilian clothes and unarmed.

News agency Reuters reported Israeli military saying that he had been stabbed to death by a Palestinian assailant.

The soldier, who the military said was in civilian clothes and unarmed was a student in a Jewish seminary in the West Bank that combines religious studies with service in the armed forces.

An Israeli military statement said the body was discovered near the settlement of Migdal Oz, north of the city of Hebron, and that the 19-year-old had been killed in a Palestinian attack.

There was no immediate claim of responsibility. Local reports say that authorities were looking into whether the soldier was killed in a failed kidnapping attempt.

The area of Hebron and surrounding Israeli settlements where the soldier's body was found have often been a flashpoint of Israeli-Palestinian fighting.