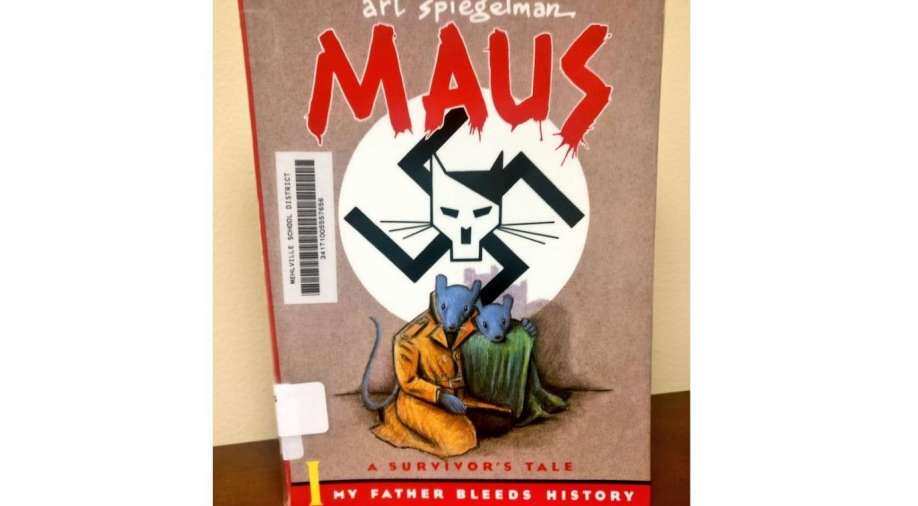 Not every board member was in support of banning the book. An instructional supervisor and former history teacher Julie Goodin, and the federal programs supervisor Melasawn Knight backed the novel’s inclusion in the curriculum

Maus, which is a Pulitzer prize-winning graphic novel about the holocaust, has been banned by a Tennessee school board in the US. This happened after a total of 10 board members unanimously agreed in favour of removing the novel from the curriculum, citing its use of phrases like “God Damn” and the image of a nude woman.

Director of school, Lee Parkison claimed that “There is some rough, objectionable language in this book."
Parkison further said that after consulting with the attorney, it has been concluded that "the best way to fix or handle the language in this book was to redact it..to get rid of the eight curse words and the picture of the woman that was objected to.”

Board member, Jonathan Pierce said that the book did not meet his "standard."

Not every board member was in support of banning the book. An instructional supervisor and former history teacher Julie Goodin, and the federal programs supervisor Melasawn Knight backed the novel’s inclusion in the curriculum.

Knight, in a report by The Guardian, is quoted as saying, "I think any time you are teaching something from history, people did hang from trees, people did commit suicide and people were killed, over six million were murdered. I think the author is portraying that because it is a true story about his father that lived through that."

The move comes at a time when most conservative groups across the US are taking initiatives to ban books that are focussed on works that address race, LGBTQ issues or marginalised communities.