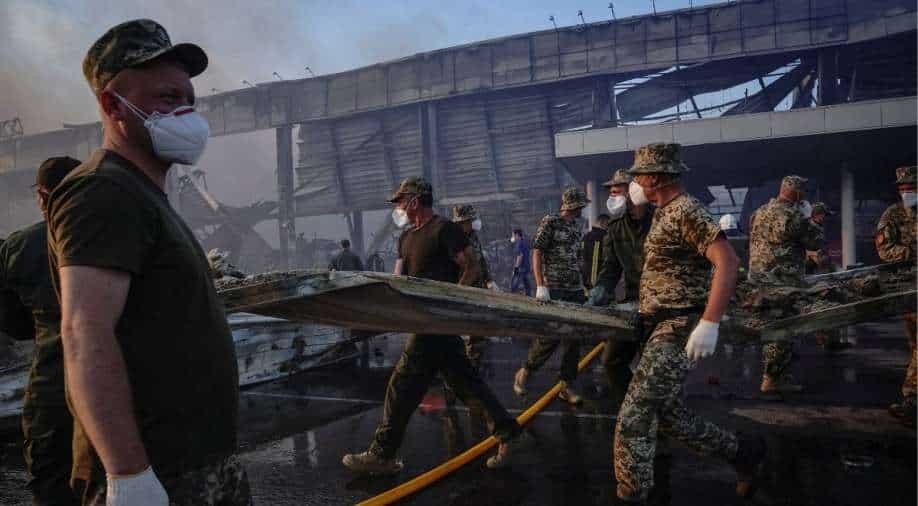 Rescuers and service members work at a site of a shopping mall hit by a Russian missile strike, as Russia's attack on Ukraine continues, in Kremenchuk, in Poltava region, Ukraine June 27, 2022. Photograph:( Reuters )

General Sir Patrick Sanders, Britain's Chief of the General Staff, said on Tuesday (June 28) that the United Kingdom must be prepared to "fight and win" against Russia. Talking about the current tectonic shift in the geopolitical relations caused by the ongoing Russia-Ukraine war, Sanders drew parallels with the build-up to the breakout of the Second World War. The country's army chief has said that "this is our 1937 moment".

The new head of the British army warned that the country must mobilise in response to the threat posed by Russia's invasion of Ukraine, invoking the Allies' struggle against Nazi Germany.

Patrick Sanders, a general who became the army's top officer this month, said that the Russian President Vladimir Putin and his "expansionist ambitions" represented "a clear and present danger" to Western "principles of sovereignty and democracy".

While addressing an audience at the Royal United Services Institute (RUSI) for an annual army conference in London, Sanders said, "We are not at war. We must act rapidly so that we aren't drawn into one through a failure to contain territorial expansion."

His comments were made as NATO members are meeting in Madrid Tuesday for a summit. The meeting is expected to be dominated by the West's response to Russia's war.

He also called the scale of the war in Ukraine "unprecedented". He said, "In all my years in uniform I haven't known such a clear threat to the principles of sovereignty and democracy and the freedom to live without fear of violence as the brutal aggression of President Putin and his expansionist ambitions."

The army head also backed the US and UK governments' stance of aggressively arming Ukraine in its fight against Russia to maintain peace throughout the rest of Europe.