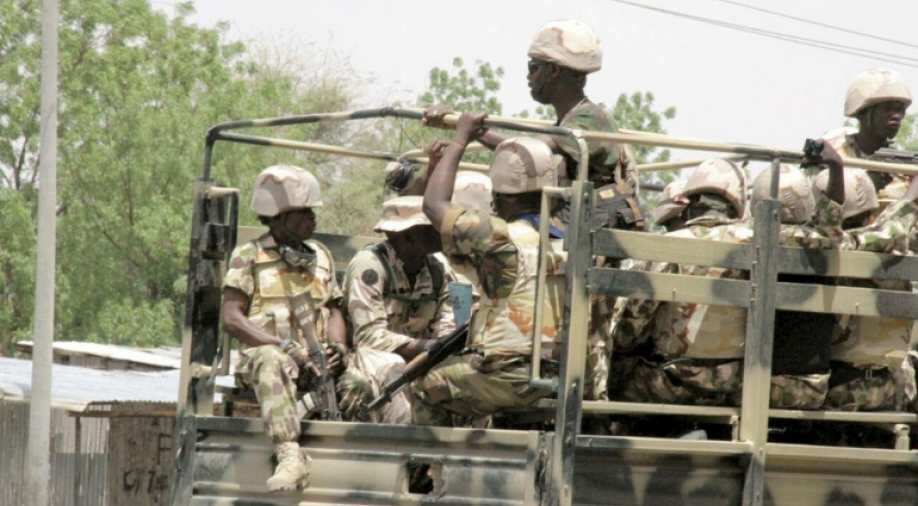 What is Boko Haram? Photograph:( Reuters )

Boko Haram fighters aboard ten vehicles sprang an ambush on soldiers on Tuesday evening along the road between Diffa and Maine Soroa, the Mixed Multinational Force (FMM) said in a statement.

Thirteen Boko Haram fighters have been killed in clashes in southeast Niger while four civilians have been executed by the jihadists, a mixed African military force said Thursday.

Boko Haram fighters aboard ten vehicles sprang an ambush on soldiers on Tuesday evening along the road between Diffa and Maine Soroa, the Mixed Multinational Force (FMM) said in a statement.

"This attack was foiled thanks to the bravery of our ground and air forces," said the FMM, which is made up of soldiers from Nigeria, Chad, Niger and Cameroon.

Before the attack, the assailants intercepted a bus transporting passengers and attacked "peaceful villagers," it said.

"Four civilians were executed by the enemy," including the bus driver, two villagers and a village chief, the MMF said.

It added that six soldiers and two female civilians were wounded.

"On the enemy's side, thirteen terrorists were neutralised," it said, using a term indicating they were killed.

Jihadists in Niger have since May increased attacks in the region bordering Lake Chad and against Diffa, its large city.

Rated the poorest country in the world under the UN's Human Development Index, Niger is battling jihadist insurgences on its southwestern flank with Mali and on its southeastern border with Nigeria.

Diffa is home to 300,000 refugees and internally displaced people who have fled attacks by the Nigeria-based Boko Haram and its breakaway faction Islamic State West Africa Province (ISWAP), according to the UN.