There are many Harvey Weinsteins in Hollywood: Priyanka Chopra 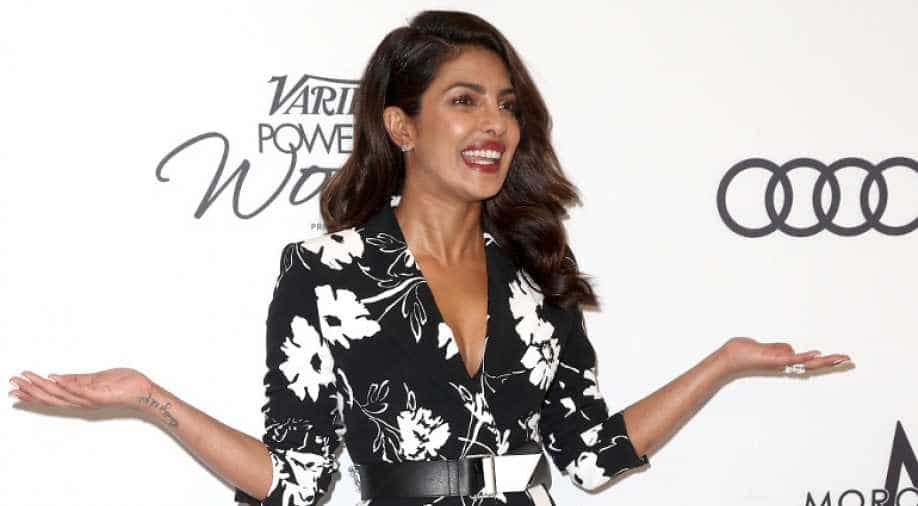 Priyanka Chopra said that women in film industry always fear that one wrong move can cost them their career. Photograph:( AFP )

Priyanka Chopra said that there a lot more men, and not just in India, but everywhere else who are trying to take away power from men ||She said women in film industry always live with the fear that one wrong move can cost them their career

Hindi film actors are usually not known to be very aware of gender politics, with a number of them, especially top women actors, scurrying for cover at the mention of the word feminism.

Actor Priyanka Chopra is one of those who have tried to shrug off any association with the dreaded 'F' word. Her stint in Hollywood, however, seems to be doing her sense of gender dynamics some good.

In a conversation with Anne Fulenwider at the 2017 Marie Claire Power Trip, Chopra said that women were sexually harassed at the hands of powerful men everywhere.

Thirty-five-year-old Chopra's comments come in the wake of allegations of sexual harassment levelled by several well-known actresses against film mogul  Harvey Weinstein. Chopra said she felt that people like Harvey Weinstein were not an anomaly in Hollywood.

Chopra, who has made a name for herself in the West with parts in series like Quantico and Baywatch, had on an earlier occasion made a faux pas while describing her show Quantico.

"I don't think it (Quantico) is feminist but it's empowering. It's got very strong female characters, and I don't think it's a bra-burning feminist show where you are like, we hate men."

The actor said that the behaviour was about having control over people and not about sex, reported Marie Claire.

"I don't think there's 'a' Weinstein. I don't even think there's one Weinstein in Hollywood. There are a lot more men, and not just in India, but everywhere else. Just men trying to take away power (from women).

"It is not about sex, it is about power. About putting a woman in 'her lane.' For the longest time women have been told only one of us will survive. Only the best girl will get the job. But that just can't be tolerated anymore."

The 'Quantico' star compared the film industry to a "big boys' club", where women always live with the fear that one wrong move can cost them their career.

"In our business, if you don't stroke someone's ego or network, you're threatened that you'll not get that movie. Or this 'big boys club' will get together and boycott you.

"So, as a woman, you feel alone, that my work might get shattered because this club can just take that away. It's an isolating feeling. The easiest thing to take away from a woman is her work," she said.

Priyanka added women have been told that femininity is a weakness since time immemorial and there cannot be a bigger myth.

"So what if I'm in heels? So what if I wear a dress? We've been told our femininity is our weakness, but it is not. We can be compassionate. We can be tough. When you open your mouth, you deliver," she said.

Recently, many Hollywood stars such as Lupita Nyong'o, Lena Headey, Gwyneth Paltrow, Angelina Jolie, Cara Delevingne among others have accused Weinstein of sexually harassing them, with Rose McGowan claiming he raped her.