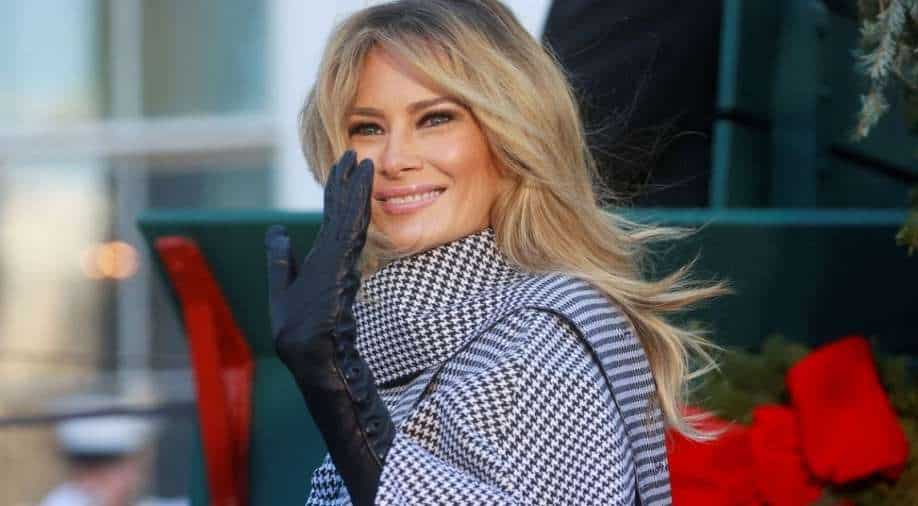 This is a file photo of Melania Trump. Photograph:( Reuters )

Melania Trump has denied the reports as in a statement, the Office of Melania Trump wrote that the "nature of Blockchain protocol is entirely transparent"

The winner of Melania Trump's non-fungible token (NFT) auction is reportedly none other than the former United States first lady herself.

As per a statement issued by Melania Trump's office, the first NFT was named "Melania's Vision" which was a watercolour art by artist Marc-Antoine Coulon. It "embodies Melania's cobalt blue eyes".

At the time of the announcement, she said: "I am proud to announce my new NFT endeavour, which embodies my passion for the arts, and will support my ongoing commitment to children through my Be Best initiative."

"Through this new technology-based platform, we will provide children computer science skills including programming and software development to thrive after they age out of the foster community," the statement added.

However, as per an analysis by Bloomberg News, the transactions on the Solana blockchain has links to Melania (or maybe her team members) and the winning bid of 1,800 SOL (the equivalent of $185,000).

The report states that the series of blockchain transactions show that the cryptocurrency used to purchase Trump's NFT came from a wallet that "belongs to the entity that originally listed the project for sale".

As per the investigative report, the creator of Trump's NFT transferred "372,657 USDC, a stablecoin pegged to the US dollar, to a second wallet that later sent 1,800 SOL to a third address."

And probing further, it has been understood that the "third one is listed as the winner of the auction on Trump's website." A report over the issue related to the transaction was earlier published by VICE.

​​For the unversed, SOL is the seventh-largest cryptocurrency in terms of the market capitalisation of $38 billion.

Melania Trump has denied the reports as in a statement, the Office of Melania Trump said: "The nature of Blockchain protocol is entirely transparent."

"Accordingly, the public can view each transaction on the Blockchain. The transaction was facilitated on behalf of a third-party buyer," it added.

In the latest tweet, Melania informed about former President Donald Trump's NFT collection which will launch on February 21.