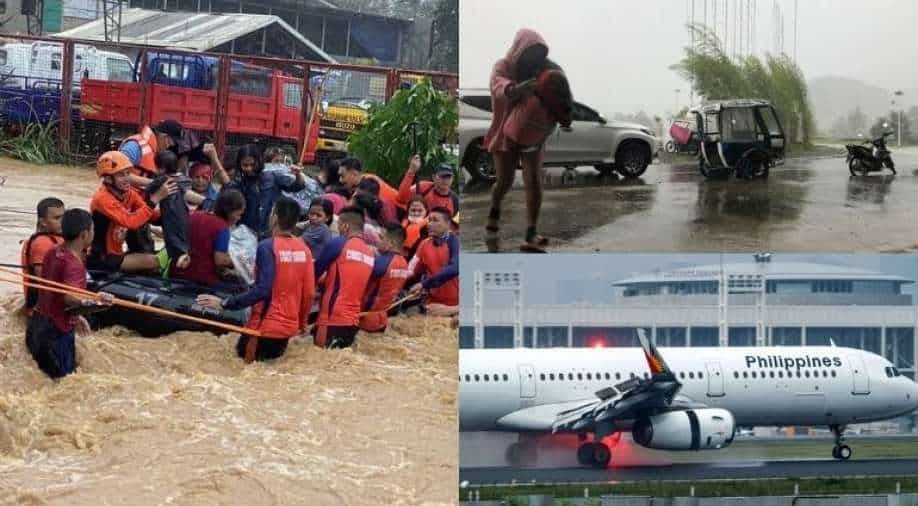 The strongest typhoon to hit Philippines this year claims over 80 lives Photograph:( Agencies )

Being deemed as the strongest typhoon to hit the region this year, the storm severely affected electricity in many areas and toppled concrete power poles

More than 80 people have been reported dead after over 300,000 have been displaced after Typhoon Rai ravaged the southern and central regions of the Philippines. Being deemed as the strongest typhoon to hit the region this year, the storm severely affected electricity in many areas and toppled concrete power poles.

There has also been widespread destruction on Siargao, Dinagat and Mindanao islands.

Arthur Yap, governor of the popular tourist destination Bohol, said that the mayors on the devastated island had so far reported 63 deaths in their towns, taking the overall number of reported deaths to 89.

The toll, however, is expected to rise after disaster agencies have completely assessed the extent of destruction from the storm.

The super typhoon smashed the island with wind speeds of over 100 kmph. Rescue operations are currently ongoing.

Mark Timbal, the spokesman for the national disaster agency, said that over 18,000 military police have been deployed to conduct search and rescue operations in the affected areas.

This is the aftermath of Bagyo Odette in the province of Cebu, Philippines. Pictures are not mine but a whole lot of private properties and establishments were destroyed from the typhoon. Roads were blocked by uprooted trees and lamp posts. pic.twitter.com/CgV09YVt3y

A super typhoon in the Philippines killed at least 12 people and forced 300,000 to flee their homes.

Floods trapped "hundreds" of families on roofs. Typhoon Rai is one of the strongest storms in recent years — experts say they are getting more extreme due to the climate crisis. pic.twitter.com/IaFltL0Q7V

“There has been severe damage” in Surigao and Siargao, Timbal said, referring to the areas that bore the brunt of the typhoon.