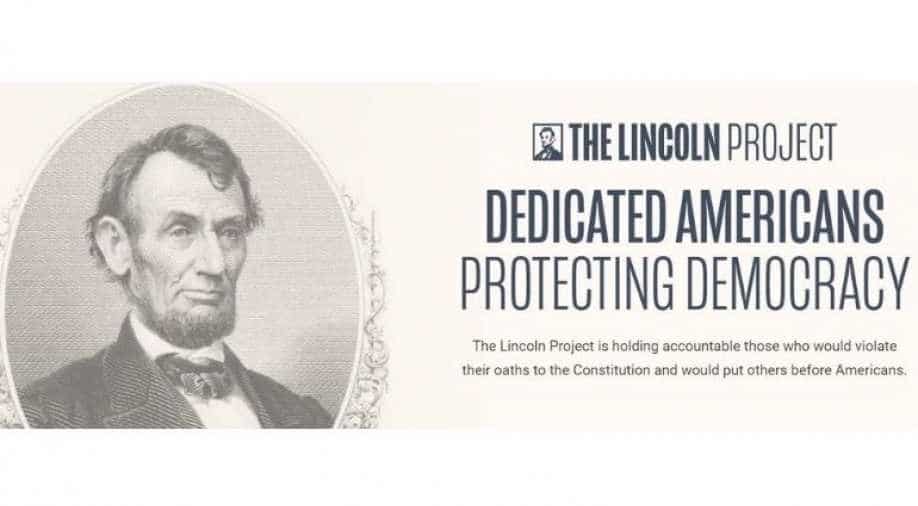 A screengrab from the website of The Lincoln Project Photograph:( Others )

The Lincoln Project is waging an information war against Trump on social media.

Trump is not well!

This is promoted by a group known as the Lincoln Project, an organisation against US President Donald Trump.

It is a well-funded project of former Republicans, with the sole aim to put an end to "Trumpism".

The Lincoln Project is waging an information war against Trump on social media.

The attacks are sharp, slick and scathing and better than what the Joe Biden campaign has ever produced.

In the last six months, this group has released a series of videos criticising everything that Trump does.

In May, it released a video titled 'Mourning in America', which was a one minute clip filled with attacks on Trump's management of the coronavirus outbreak.

In June, a video called 'Bounty' was released that questioned US intelligence reports that Russia offered bounties for the killing of American soldiers in Afghanistan.

The video received a million views.

Its latest release is titled 'wake up', a comic satire.

It's about a coma victim who kills himself after hearing about Trump's last three years in office.

The video was released just three days ago, but it has already got over three million views.

These posts can be described as trolling, but it actually is designed to help Biden win elections.

An op-ed was published by the Washington Post in April and its title said: 'We've never backed a Democrat for President. But Trump must be defeated'.

This extensive piece was written by members of this group and was propaganda against Trump.

This piece was published four months ago, but in this time period, the support for this group has increased to an unimaginable level.

Over 10,000 people attended a virtual town hall by this group last month and another 80,000 people watched the event on a live stream.

The funding of the group is increasing and now it's expanding its operations.

It is targetting Trump's supporters in tight Senate races, states like Alaska, Maine and Montana.

Hoardings, commercials, videos are a part of a long list of mediums used by this group to slam Trump.

Already, its top-notch propaganda has gone inside the minds of thousands of American voters.

But will the group be able to put Trump out of office? In three months, we will have an answer to this.