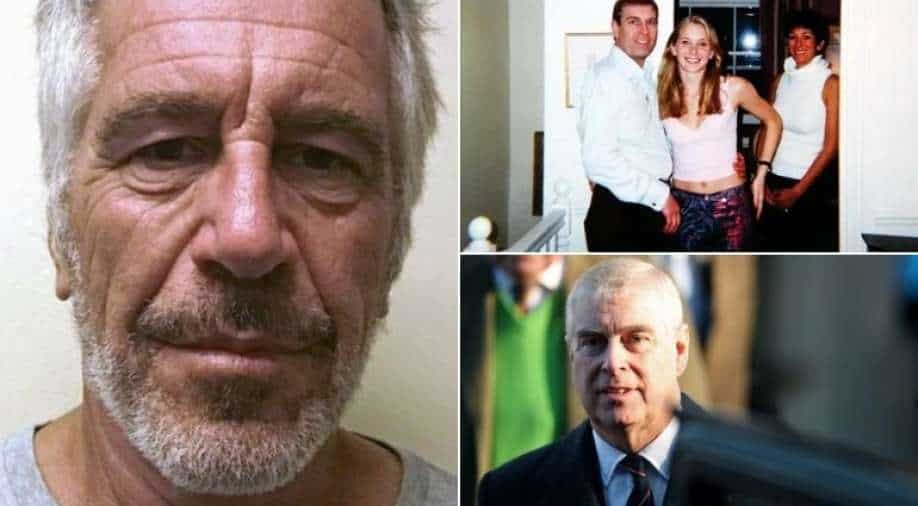 Jeffrey Epstein, once a famous financer quickly became an infamous sex offender who reportedly committed suicide by hanging in his prison cell. His journey, which brought him a lot of cash, fame and women came to an end, but his case is still unravelling

Jeffrey Edward Epstein, a name that was once synonymous with finanial genius is now inextricably connected to sex offenses allegedly involving minors. Two years after his death in prison, the legal battle continues. This is the story of how, even after his death, the wealth manager continues to haunt a number of rich and famous including the British royal, Prince Andrew.

Born in New York, Epstein began his professional life as a teacher in a private school in Manhattan. He was soon dismissed from his job after authorities discovered he did not actually earn a college degree and had manipulated his way to the organisation. However, the dismissal led to a road of success for Epstein as this was when he decided to enter the world of finance and banking.

He started working in Bear Stearns in 1976 and continued working in various finance-related roles and utilised his time and resources to develop a social circle among the elite of the US. After another dismissal, he managed to open his own firm Intercontinental Assets Group Inc, which brought in a lot of cash, fame… and women.

A deadly cocktail of luxury and crime

When Epstein started becoming successful, he did not hide his wealth and started buying several luxury properties across the country, and was usually spotted at star-studded events.

Slowly, stories of Epstein’s love for 'lustful' activities started circulating in the inner circles of New York elite. Epstein was spotted with several women and while rumours stated that he was also getting involved with underage girls, but nobody was coming at him for the crime. 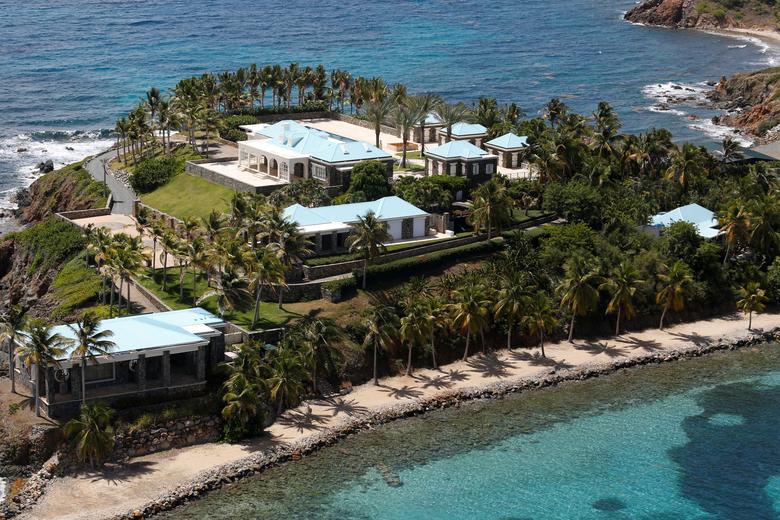 Epstein continued hiding his activities in his luxury mansions, and allegedly continued sexually assaulting women and underage girls behind closed doors, in exchange for money.

It has also been alleged that Epstein had several peephole cameras hidden all around his mansions, especially the Palm Beach house and his private island in the Virgin Islands, out of some more. Footage from these surveillance cameras was used to record sexual activities with underage girls and then blackmail them.

This allegation was partially confirmed by an artist, Maria Farmer, who had worked for Epstein in 1996. "There were men sitting here. And I looked on the cameras, and I saw toilet, toilet, bed, bed, toilet, bed," she said about a 'media room' in Epstein’s New York mansion. "It was very obvious that they were, like, monitoring private moments."

Epstein was also accused of lending (underage) girls to some famous and powerful people. This also reportedly helped him gather blackmailing material on powerful people.

The rich, the Famous and Lolita airlines

It was not just his lustful indulgences, but also his appearances with the who's who of the town that caught the attention of the media. Epstein reportedly got close with the former US President Bill Clinton, after he left the office. Clinton, it has been reported, took several trips on Epstein's private jet, also dubbed as 'Lolita Express'. Clinton had also called Epstein to be "highly successful financier and a committed philanthropist". However, he later clarified that he knew nothing about the crimes of Epstein.

There's no surprise that Epstein was once a very close friend of the infamous former US President and former reality TV star Donald Trump. "I’ve known Jeff for 15 years. Terrific guy," Trump told American media in 2002. "He’s a lot of fun to be with. It is even said that he likes beautiful women as much as I do, and many of them are on the younger side. No doubt about it — Jeffrey enjoys his social life." Trump was also a regular on the Lolita Express. He has also faced a sexual assault case on Epstein's property, and on the other hand reports claim Epstein was banned from Trump's Mar-a-Lago for sexually assaulting an underage girl on the premises. 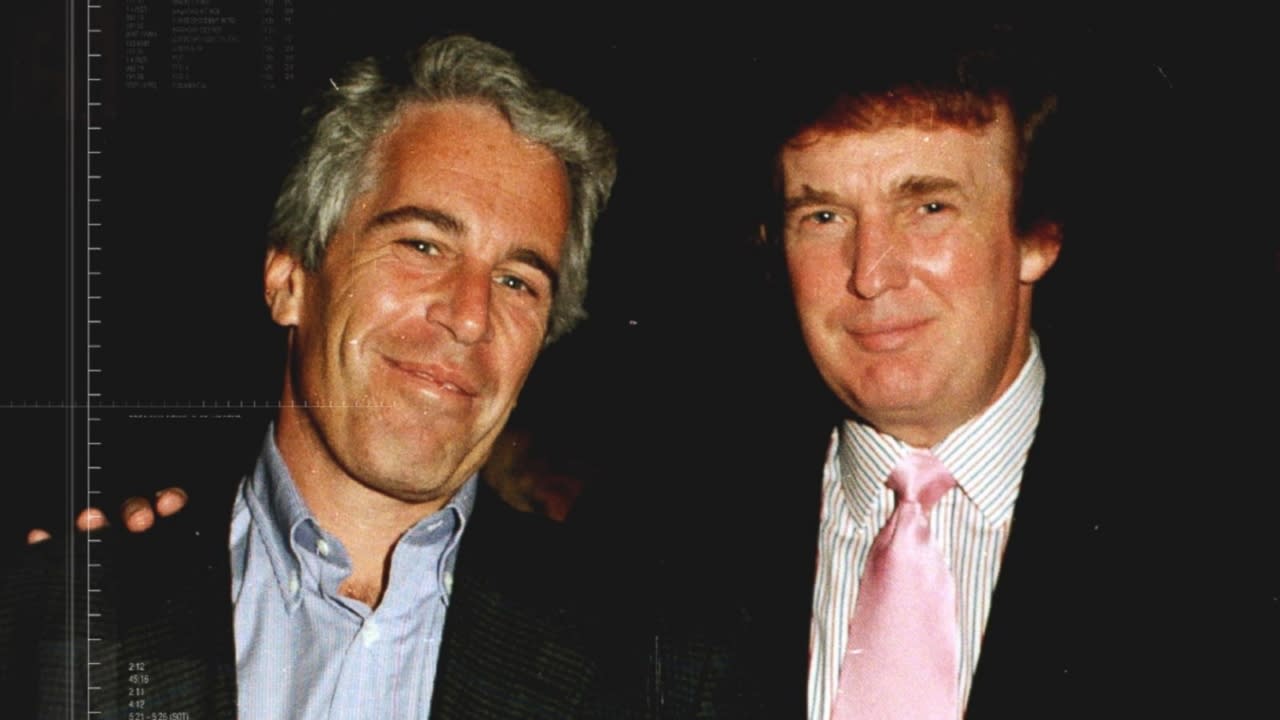 Woody Allen, the famous American film director, also ran in the same social circles as Epstein and was a regular at the financer's parties. Allen, who has been accused by his daughter of sexually assaulting her at the age of 7, had also attended a party for Prince Andrew at Epstein’s Manhattan home in 2010.

The famous Harvard law professor, Alan Dershowitz, has also been named in sexual assault cases related to Epstein. two girls have claimed that they were trafficked by Epstein to have sex with the Harvard professor. However, he has denied all accusations.

However, the local police complained of not getting enough support from the state prosecutor and asked for the FBI to step in and take charge of the situation.

The case started building and made the headlines of newspapers and media channels all around the world. However, the authorities had misjudged Epstein’s power, and the American financer hit back with all the resources he could arrange.

After years of legal battles, on June 39, 2008, Epstein pleaded guilty to a state charge of lending a minor girl for prostitution.

This was when the world realised the power of Epstein.

Unlike the majority of the sex offenders, Epstein was reportedly sent to a private wing of the Palm Beach County Stockade instead of the state prison. 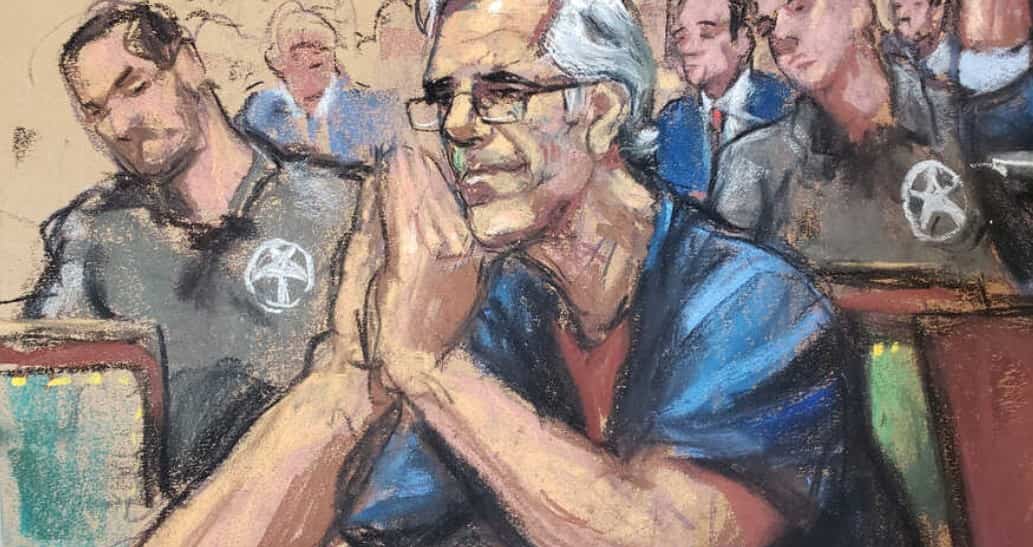 The media started pointing out all the other freedom provided to Epstein when he finally started serving his prison sentence. Later, in 2011, he was labelled as a "level three" sex offender in New York.

While serving his jail sentence, on July 23, 2019, Epstein was found unconscious in his prison cell and reportedly had neck injuries. While Epstein believed it was his cellmate who had attacked him, authorities rubbished his claims by labelling it as an attempt to commit suicide.

Following the incident, Epstein was placed under suicide watch for six days.

Later, his cellmate was transferred out and he was not assigned any new cellmate. On 2019 August 9, authorities claim, no guard checked on Epstein after every 30 minutes as per the normal procedure and the security cameras outside his cell malfunctioned. Later, he was found dead in his cell at 6:30 am the following morning, and the cause of death was later labelled as suicide.

Now, years after his death, why is his name being brought up in the news again? The answer is a new Royal connection.

A victim of the sexual assault by Epstein, Virginia Roberts Giuffre, has now filed a lawsuit against UK’s Duke of York, Prince Andrew.

Giuffre has alleged that Prince Andrew sexually abused her in Epstein’s Manhattan mansion and a few other places, back in 2001, when she was only 17 years old. 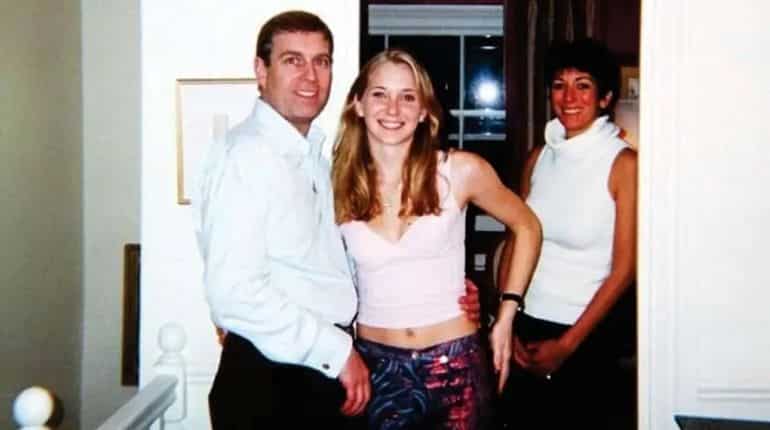 She "was compelled by express or implied threats by Epstein, [Ghislaine] Maxwell, and/or Prince Andrew to engage in sexual acts with Prince Andrew, and feared death or physical injury to herself or another and other repercussions for disobeying Epstein, Maxwell, and Prince Andrew due to their powerful connections, wealth and authority," her complaint alleges.

However, Prince Andrew has denied all these accusations and Buckingham Palace, too, labelled these allegations to be "false and without foundation".

Andrew claims he has never met or had any sort of relationship with Giuffre. He had earlier in 2019 rubbished the claims by stating that he had returned to his house after attending a children’s party. 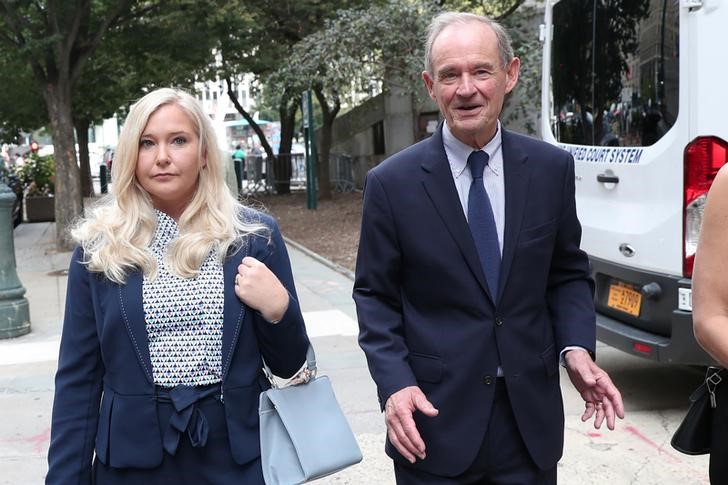 Giuffre has brought this issue to the headlines now as the recently-resigned New York governor Andrew Cuomo had launched a New York state’s Child Victims Act in 2019. As per this law, all victims whose claims had been time-barred could commence taking action. However, due to the pandemic, the window for this was extended to August 14, which was now coming to an end.

"I am holding Prince Andrew accountable for what he did to me" she said. "The powerful and rich are not exempt from being held responsible for their actions. I hope that other victims will see that it is possible not to live in silence and fear, but to reclaim one’s life by speaking out and demanding justice."

Ghislaine Noelle Marion Maxwell, a British socialite and the daughter of a publishing tycoon Robert Maxwell, moved to the US after her father's death. While she was mourning her father's loss, she slowly became close to Epstein and was often spotted everywhere with him.

She, reportedly, had a romantic relationship with Epstein in the 1990s, but her relationship with the convicted sex offender became unclear later in the decades. As she became closer to Epstein and started getting involved in his daily activities, including sex trafficking, she was labelled as the "lady of the house" or Epstein's "aggressive assistant" by the media and known people.

Usually referred to as "best friend" by Epstein, many believed she was in love with the financer but was unable to bring him out of his habits, and had therefore given in and joined his plans.

It is also believed that it was Maxwell who had introduced her good friend Prince Andrew to Epstein and had also supplied underage girls to Andrew in New York.

Her close relationship with Epstein soon turned to be her biggest mistake as she was convicted of soliciting a minor for prostitution. She was sentenced to an 18-month jail term, of which she only served 13 months. However, after the two culprits got out of jail, they were barely spotted together in public.

She was then arrested again in 2020 for charges of enticement of minors, sex trafficking of children, and perjury. She has also been denied bail as she was deemed a flight risk. Although Maxwell has denied all accusations, the jury is still out.

The US District Judge Alison Nathan has denied Maxwell's request to dismiss the sex trafficking indictment. Nathan also rejected Maxwell's claims that the prosecutors had waited too long to charge her for sex trafficking. Her trial is now set for November 29, 2021.

While her former lover-cum-friend killed himself, it is Maxwell, now, who will be serving the punishment for her crimes.