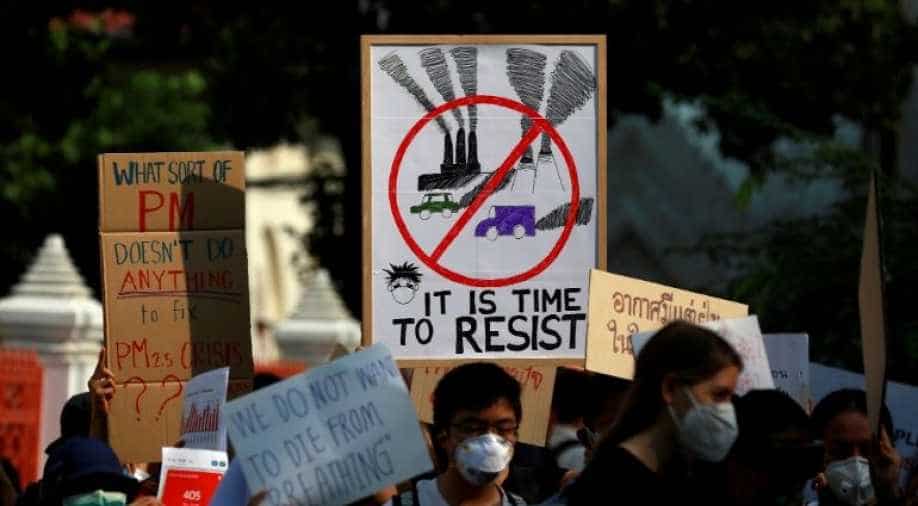 Levels of air pollution in the capital, the world's most visited city, have hovered at unhealthy levels over the past month - over 100 on the air quality index

Dozens of activists held a rare protest on Thursday over air pollution in Bangkok, a day after Thai officials closed schools due to concern over the impact.

Levels of air pollution in the capital, the world's most visited city, have hovered at unhealthy levels over the past month over 100 on the air quality index.

The index breached the 151 threshold seen as dangerously unhealthy for the general public late last week, and continued to climb until it hit 163 on Monday, according to monitor AirVisual. 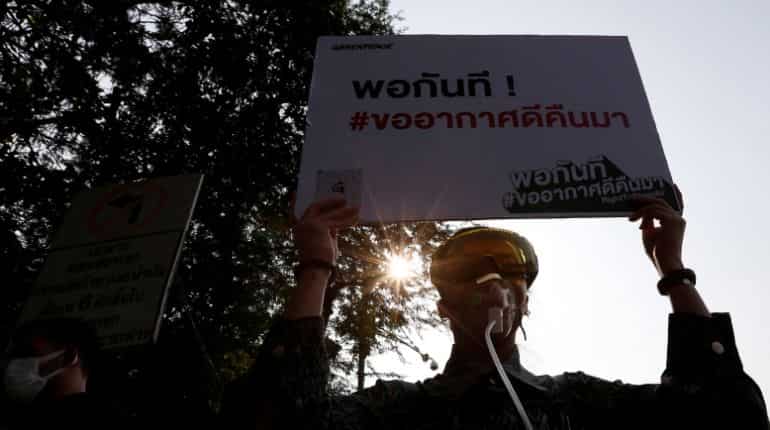 Schools were closed for the day on Wednesday, and by Thursday the index dropped back to 121.

The activists, wearing pollution masks, said they were marching to the Government House because of authorities' inaction.

"Air pollution affects everyone ... it is life and death for all of us," said Tara Buakamsri, Thailand director for environmental group Greenpeace, as cars and motorcycles sped by emitting smoke.

Particles found in dust, soot and smoke and small enough to lodge deep in the lungs and enter the bloodstream, known as PM 2.5, were measured at unhealthy levels for 23 of the past 30 days in Bangkok, data from AirVisual showed.

Earlier this week, Prime Minister Prayuth Chan-Ocha said healthy people such as himself could manage and those in risk groups should be aware of their tolerance levels and wear masks. 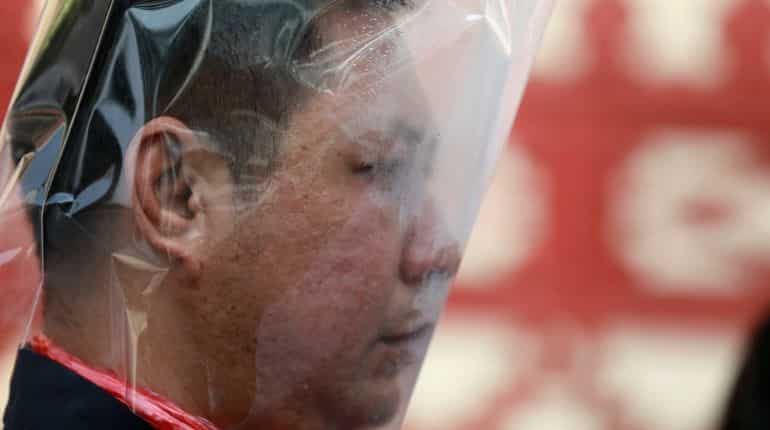 "Pushing the burden on the people like this is not something an efficient government would do," said Chonlatorn Wongrussamee, one of the protesters.

Tara said protecting the environment and health did not damage economic development but went hand in hand with it at the demonstration, which the activists said was the first such protest in two years.

When they reached the government headquarters, a senior official in the Natural Resources and Environment Ministry, Nopadol Phonsen, came out to speak to them, telling them officials were meeting to discuss measures to tackle the issue. 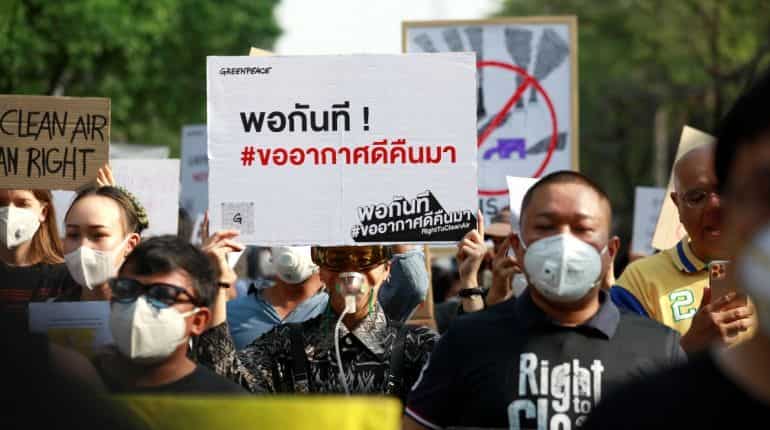 "We're all under the same sky. We want the air we breathe to be clean and healthy," he said.

The city's last moderate air quality day, when the index was between 51 and 100, was January 4., and there has been no "good" air reading in the past 30 days, according to AirVisual data.