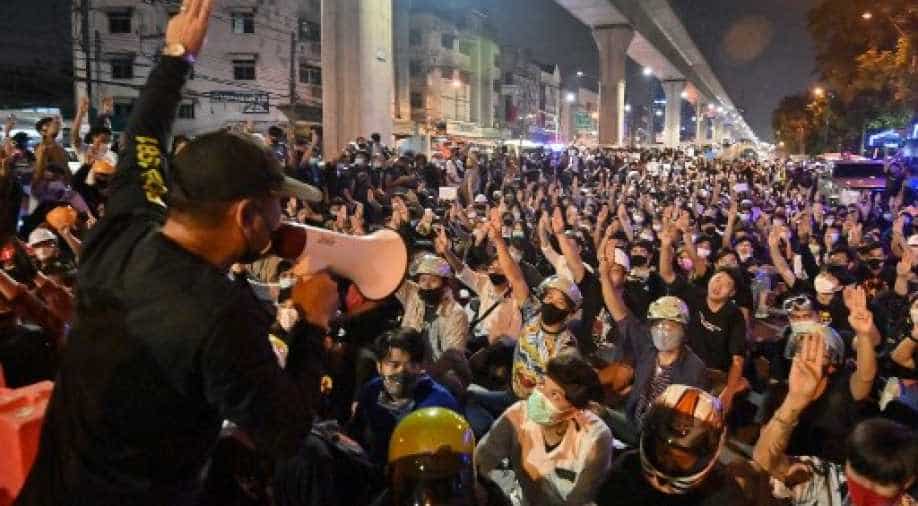 Protesters defied the government decree which prohibited gatherings of more than four people as they raised three-finger salute borrowed from the "Hunger Games" movies.

Prime Minister Prayut Chan-O-Cha on Monday recalled the Thai parliament as protesters hit the streets once again calling for the prime minister to step down while demanding curbs in the power of the monarchy.

Protesters defied the government decree which prohibited gatherings of more than four people as they raised three-finger salute borrowed from the "Hunger Games" movies. The protesters have rejected last year's election which was won by Prayut Chan-O-Cha accusing the government of rigging it in its favour.

The demonstrators have also demanded the abolition of the defamation law that shields King Maha Vajiralongkorn.

On Monday, protesters organised gatherings across Bangkok as the anti-government demonstrations entered its second week with rallies being held in Songkhla in the south to Chiang Mai in the north.

Last week riot police in the capital had used water cannon to quell the protests as Prayut warned that the government needed to protect the monarchy.

"This is the duty of all Thais," the Thai prime minister said even as #SaveFreePress and #Mob19October trended in Thailand on Twitter taking the social media by storm.

Thai police said it had ordered an investigation on four news outlets and imposed curbs on messaging app Telegram under emergency measures as the protests continued on Monday.

The police said at least 74 people have been arrested since protests began last week with nineteen granted bail on Monday.