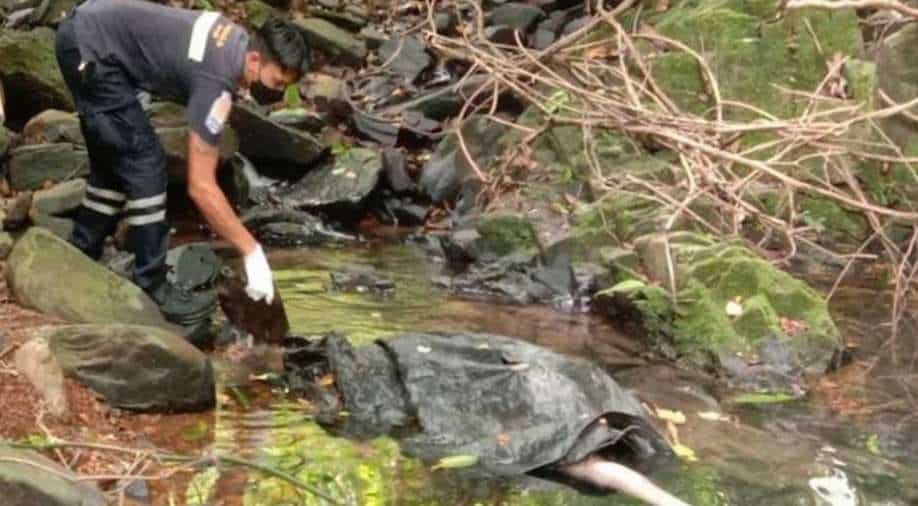 The body of Nicole Sauvain-Weisskopf, 57, was found on Thursday lying face-down, with her phone, shorts and trainers nearby

A Thai man was arrested in connection with the suspected murder of a Swiss woman whose body was found near a waterfall in Thailand's famed tourist island of Phuket, police said Sunday.

The body of Nicole Sauvain-Weisskopf, 57, was found on Thursday lying face-down, with her phone, shorts and trainers nearby.

She had travelled to Phuket under a so-called "sandbox" scheme, a pilot project allowing vaccinated tourists to enter the island without undergoing the usual two-week mandatory hotel quarantine.

In a press conference, which Theerawut attended via a phone-in and accompanied by his lawyer, the Thai national said he had taken roughly 300 baht ($9) after strangling Sauvain-Weisskopf.

"I would like to apologise to the family of the tourist and plead for all Thais to forgive me," he added.

He added that they had detained the man after reviewing nearby CCTV footage, and narrowing their search to the owner of a motorbike seen around the same time as Sauvin-Weisskopf travelled to the waterfall.

A counsel with the Swiss embassy thanked the Thai police for their efforts.

"The victim, the family of victim, and all the people of Thailand deserve a swift investigation of this crime," he said.

The case casts a pall over Phuket's "sandbox" scheme, touted as a much-anticipated reopening for Thailand's Covid-devastated tourism sector after more than a year of draconian travel curbs.

More than 16,000 people have arrived in Phuket since the July 1 launch of the scheme.