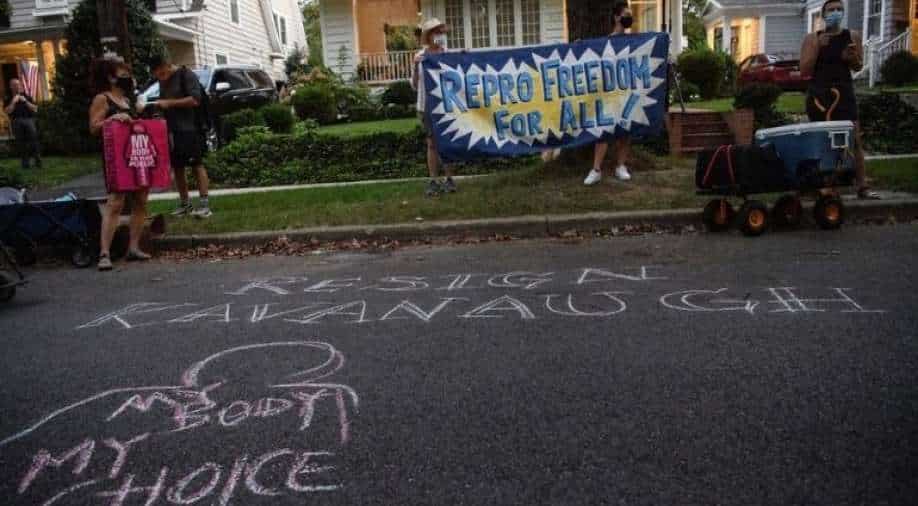 In essence, the law provides a bounty, as someone who reports a crime can be rewarded with 10,000 dollars for initiating a prosecution. Some have argued the bounty allows for and encourages vigilantism

In the ongoing fight over reproductive rights in the United States, now President Joe Biden's administration has asked the US Supreme Court to strike down a Texas abortion law.

In a statement, the Justice Department said Texas' law violated the landmark 1973 Supreme Court decision in Roe v. Wade, which enshrined a woman's right to an abortion.

The department said in its request to the nation's highest court that keeping the Texas law in effect would "perpetuate the ongoing irreparable harm" caused to thousands of Texas women who are being denied their constitutional rights.

This latest legal move is part of the fight against Texas Senate Bill 8 (SB8) or the 'Texas Heartbeat Act', which bans abortions after six weeks.

According to the Texas Heartbeat Act, members of the public can sue any doctor who performs abortions, or anyone who assists in their facilitation, once a heartbeat is detected in the womb, usually about six weeks after conception.

In essence, the law provides a bounty, as someone who reports a crime can be rewarded with 10,000 dollars for initiating a prosecution. Some have argued the bounty allows for and encourages vigilantism.

"This court will not sanction one more day of this offensive deprivation of such an important right," Pitman said in his blistering decision.

However, a few days later, the Fifth Circuit Court of Appeals in New Orleans reinstated the Texas law pending a full hearing in December.

The Justice Department said in its filing on Monday that the Supreme Court should reverse the appeals court's decision.

Last month, the conservative-leaning Supreme Court declined to intervene to block the Texas law that makes no exceptions for rape or incest, citing procedural issues.

Watch | Rallies held across the US against abortion ban

The Texas law is seen as part of a sweeping conservative movement to restrict abortions throughout the country, and this has prompted a backlash in the public.

In other Republican-led states, abortion restrictions have been passed, but have been struck down by the courts due to Roe v. Wade, which guarantees the right to abortion until the fetus is viable outside the womb, which is typically between 22 and 24 weeks.