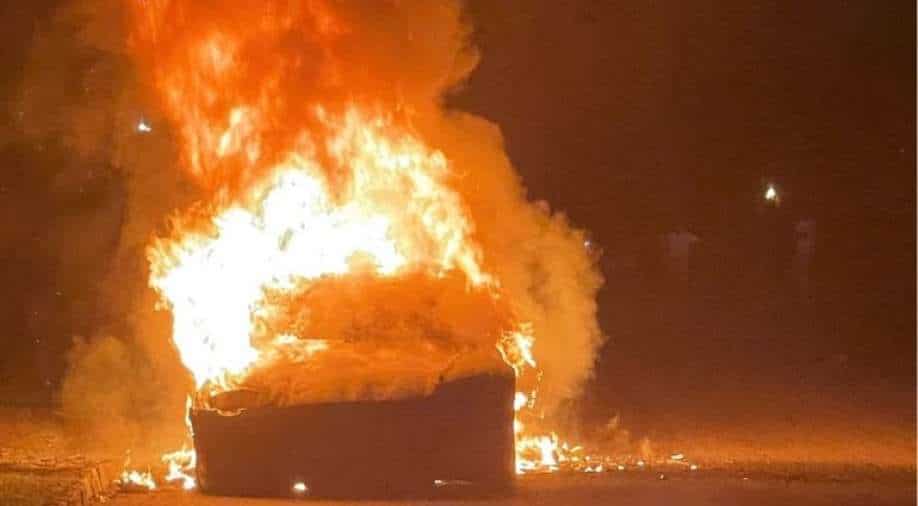 US transportation safety regulators have launched a probe into a fire incident that took place in a brand-new Tesla car.

On Tuesday, Tesla’s Model S Plaid burst into flames which trapped the driver inside for long as it took the firefighters nearly two hours to extinguish the fire.

After the incident, the owner of the Tesla car has urged the authorities to take the model off the roads immediately. "This is a harrowing and frightening situation and an obvious major problem," his attorney, Mark Geragos, told news agency AFP. "Our preliminary investigation is ongoing, but we call on Tesla to sideline these cars until a full investigation can occur."

Our client is very fortunate to have survived this harrowing experience. https://t.co/8iDTpyJ4Ej

As per the initial accusations, the electric car "spontaneously combusted", leaving the driver trapped inside, which could have also led to his death, the attorney claimed.

Also read | Tesla to hold Artificial Intelligence Day in 'about a month' for hiring: Musk

Firefighters claim the officers had to take special precautions with respect to the car’s large battery that was on fire. The team took more than two hours to extinguish the fire.

"If data or investigations show a defect or an inherent risk to safety exists, NHTSA will take action as appropriate to protect the public," spokesperson for National Highway Traffic Safety Administration said.

Recently, there have been a few accidents of Tesla cars across the US due to errors in the car's Autopilot system.